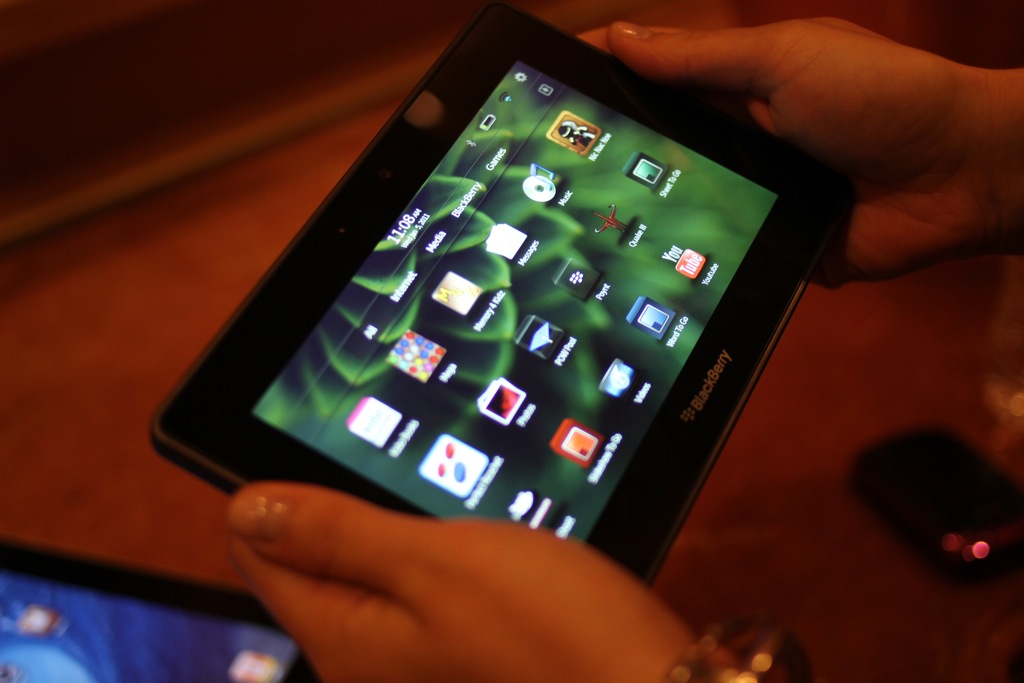 Zach at BGR wrote a piece on the BlackBerry PlayBook entitled Why the BlackBerry PlayBook is my favorite tablet earlier this week. Now we don't need to mention that we were happy to see the post and even more happy about the content. Here at CrackBerry we're all BlackBerry fanboys at heart, but you already know that we all love the PlayBook. So here you can get a better idea of how a device has to fit its user. Zach took a dive into why the PlayBook is his favorite table of all based on his needs for a device.

In the end it all comes back to the Hierarchy of Smartphone Needs (or in this case tablet needs, which would be slightly different but you get the idea). Zach runs through the reasons he chose the PlayBook over any other tablet. His main uses include web browsing, RSS and eBook reading.

The PlayBook is great for browsing the Web. In a monumental departure from BlackBerry devices of old, the PlayBook's browser is a joy to use. It's fast, the UI is extremely clean, and it renders most sites as they should be rendered. It annoys me that some sites load as mobile versions instead of full versions, but this is an issue common to all tablets and it's one that should be addressed by webmasters, not vendors. The PlayBook also supports Flash video, if you're into that sort of thing.

Most people will argue with me here, but I think the PlayBook already has plenty of great apps that suit my needs. Sure I might not have 13,755 options for a to-do list app like I do in Apple's App Store, but most of my bases are covered and covered well. Netflix Queue Manager is easy to use and lets me quickly add movies and shows to my queue. News360 sports a wonderful UI - as it does on all platforms - and lets me browse and read top news stories from numerous sources. Pipeline is an absolutely gorgeous RSS reader for the PlayBook that offers full support for Google Reader accounts, and GeeReader is a good free alternative that gets the job done quite well. ScoreMobile lets me check Yankees scores quickly in a great-looking UI, and the Facebook app for RIM's PlayBook is fairly comprehensive and easy to use. I do wish there were better Twitter apps for the PlayBook, but BlackBird and Blaq will get the job done until more choices come along.

When all is said and done I can't say that I disagree with any of the points made here. Personally I used my PlayBook for web browsing, some gaming, videos and a few other things here and there. Granted I'd love to see some more "big name" apps come along, but for now I've managed just fine without them. Emailing on a tablet in general is a tough process, as most times I'd say users just turn to their phone or PC if they have anything big to crank out. I honestly haven't used BlackBerry Bridge since it was first released as I just don't have the need for it. Gaming is a perk for some, but as Zach said here and I strongly agree - there are various gaming systems that are meant for just that - so if I want to play a game or even watch TV, you can look to a device made for that and not your tablet. Whiie Kevin fully explained all of his likes and dislikes in his full BlackBerry PlayBook review after having the device for just a few days pre official release. He's been planning a re-review once native email/PIM and android apps hit, so it'll be interesting to see his take on it then after much more use and a lot more in the way of OS updates. But in the meantime, we ask you this - Is the BlackBerry PlayBook your favorite tablet too?