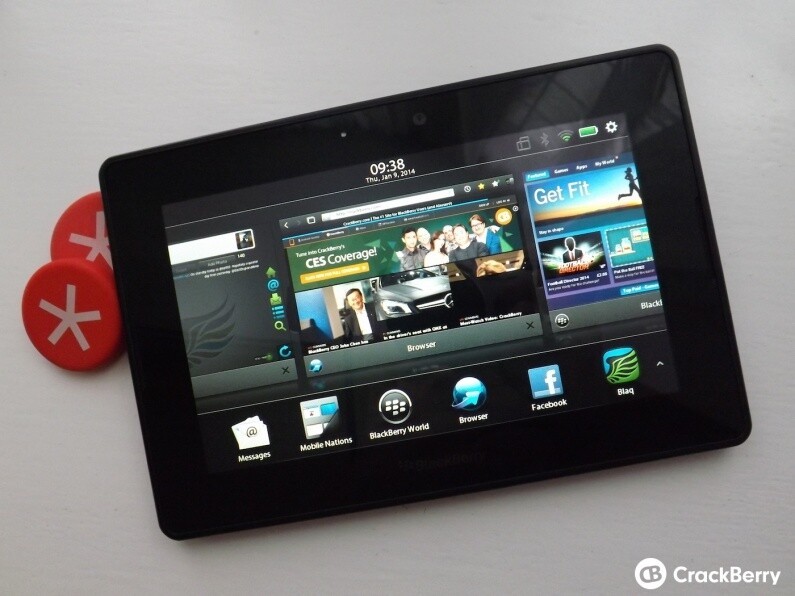 A while back we let you all know that BlackBerry was still actively doing development on the BlackBerry PlayBook OS and for those of you who might have missed it in the forums, a new OS update is now available for download. Noted as OS 2.1.0.1917, this release doesn't bring any huge changes along for the ride but it updates a lot of the system files as well as the Adobe Flash Player version and the Adobe AIR version.

The Flash Player goes to v11.1.121.80 from 11.1.121.78 and Adobe AIR goes to v3.1.0.80 from 3.1.0.78 which should help compatibilty on some websites and ensure security holes in Flash are covered. The update is live now, so if you haven't grabbed it already then you can visit the settings on your PlayBook and update directly from there. With 60% of PlayBook owners still actively using the device, updates are nice to see.