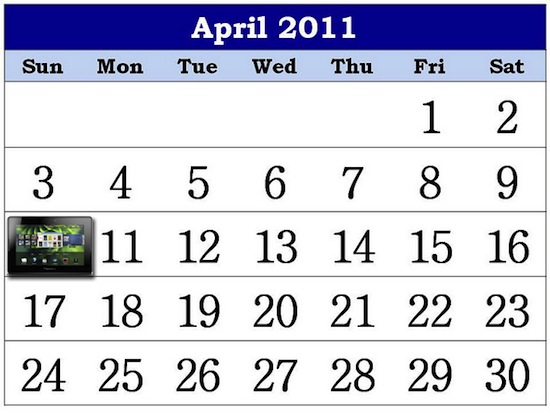 According to BGR, the BlackBerry PlayBook looks to be somewhat on schedule and set to launch April 10th in the US in at least some retail channels. While we originally were told by RIM the device would be out and about by the end of March (aka it would launch sometime in Q1 2011), we'll definitely settle for April. As we knew already it looks like it will be sold in retailers like Staples and Office Depot among others, as well as via carriers. Details are pretty sparce at the moment, but with the date just over a month away we should (hopefully) get some more info soon.