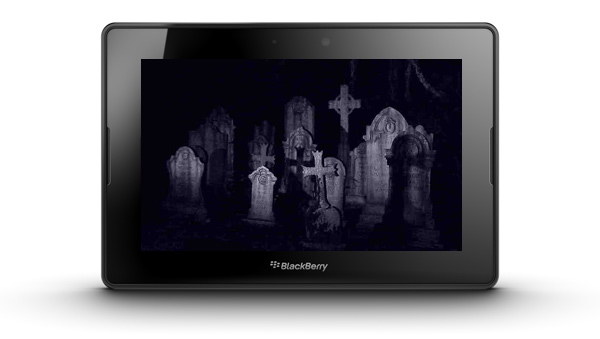 Update: Research In Motion got back to me with the following statement:

RIM doesn't typically comment on rumors, but any suggestion that the BlackBerry PlayBook is being discontinued is pure fiction. RIM remains highly committed to the tablet market.

Notice this doesn't address whether or not production of the 7" tablet has been halted. As I say below and predicted earlier, I could see RIM stop producing the 7" tablet yet still be very active and committed to the tablet space." *

Collins Stewart analyst John Vinh made the claims in a note to investors Thursday morning, citing anonymous sources at RIM's manufacturing partner Quanta. "While Quanta last week acknowledged that it had laid off a significant number of production workers from a factory focused on producing the PlayBook, our research indicates that the ODM has essentially halted production of the tablet, Vinh wrote. "Additionally, our due diligence indicates that RIMM has canceled development of additional tablet projects."

I've reached out to RIM for a statement confirming or denying this news, but if true I don't think it should come as any surprise. As I pointed out in the other article, we know RIM already scrapped their building of a 10" PlayBook and we know that the sales of their 7" tablet have been less than stellar and RIM hasn't made any profits in the tablet space. I predicted they'll want to get out of tablet manufacturing ASAP, at least for the forseeable future while they focus on QNX SuperPhones, where they should be able to succeed.

Does that mean RIM in the tablet space is completely dead? Maybe. But I don't think so. Not yet anyways. I just think we'll see RIM take a different approach here, one that puts less risk on them. We know they will release a tablet version 2.0 update for all the PlayBooks that are out on the market - that'll make us current owners a little happier. And I do think we may see some other tablets out there in the future rocking the BlackBerry Tablet OS. They just won't be made or marketed by RIM/BlackBerry anymore (10" Acer tablet with BlackBerry Tablet OS anyone?). Of course on the phone side of the equation they'll continue to manufacture their own hardware, but they probably don't want to lose any more money building tablets. At least not right now.

We'll follow up as we learn more. Sound off in the comments with your thoughts.