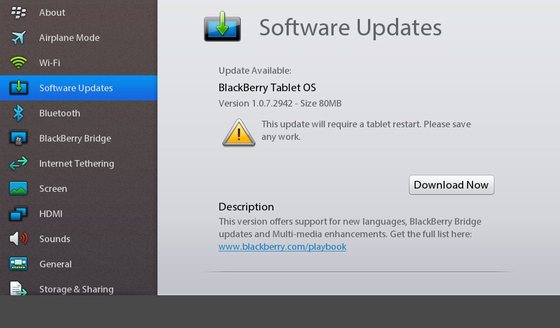 Following close on the heels of the BlackBerry Bridge update, as expected the BlackBerry PlayBook OS update is now rolling out as well. This latest version puts us at v1.0.7.2942 and while it mostly looks like a bug fix release, hopefully kinks are worked out to make everything run smoother than ever.

If you do happen to notice anything else changed, be sure to let us know in the comments below!