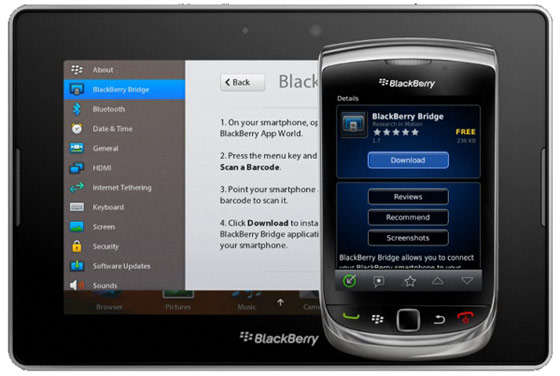 Here it is BlackBerry PlayBook owners... your next OS update! This isn't the BIG update that'll bring things like native email and the Android app player, but in what has been a steady cadence of releases version 1.07 brings with it the following updates:

To download, just fire up your PlayBook and Check for Updates from settings (damn I love how easy it is to do over the air updates on the PlayBook).  Don't forget to update BlackBerry Bridge on your BlackBerry Smartphone to the latest version too.

Discuss this PlayBook OS update in the CrackBerry forums

*UPDATE* Due to reported issues with BlackBerry Bridge on the new OS, RIM relayed the following via their Twitter:

Some users were experiencing issues with Bridge & 1.0.7. We expect to release an update with a fix later this week