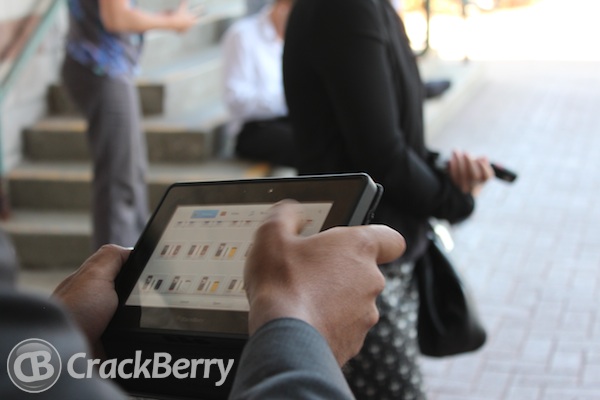 *UPDATE* - As noted previously, RIM has a habit of switching dates at the last minute and this release seems to be once again placed on hold for the time being for whatever reason. Back to playing the waiting game. Sorry folks!

For BlackBerry PlayBook owners, it's been a bit of a wait for OS 2.1 to arrive. It has been rumored to be arriving for quite some time now but that day never came and it has left people wondering where the update is. Some rumors have been floated around suggesting it will arrive on September 20th and while that's certainly plausible, we've taken it upon ourselves to go ahead and look into it a bit further as well.

As it turns out, that date may only be off by a day with the release of OS 2.1.0.982 (WiFi only we're hearing) and an update that pushes BlackBerry Bridge into v2.1 coming as early as tomorrow. We won't go so far as to say confirmed indefinitely because RIM does have a habit of switching dates at the last minute but feel free to start smashing your button to check for updates starting tomorrow morning, if you simply cannot wait for the notification to arrive.

Upset about the wait? Discuss it in the CrackBerry Forums