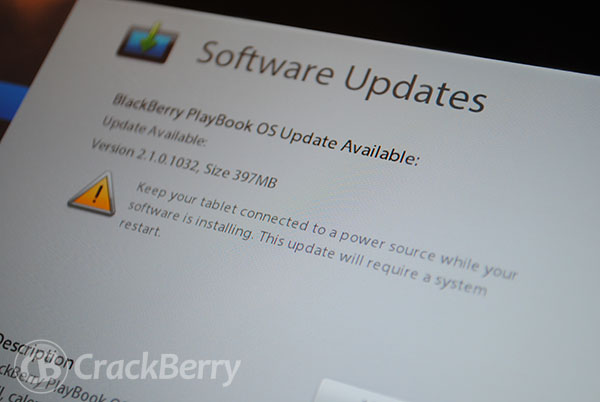 Now, is the time folks. If you've been impatiently waiting for the latest BlackBerry PlayBook OS to arrive, v2.1.0.1032 has now finally landed after a very lengthy beta process and is ready to be downloaded. With this release there is plenty of changes to be found including but not limited to:

Make sure you grab the new BlackBerry Bridge update if you've not already grabbed it. Go ahead and fire up your BlackBerry PlayBook and check for updates. Keep in mind though, this release is only for the WiFi BlackBerry PlayBook and not the 4G LTE versions, as those need carrier approval. When you're done, drop by the CrackBerry Forums and let us know what other goodies you have found aside from those already listed.