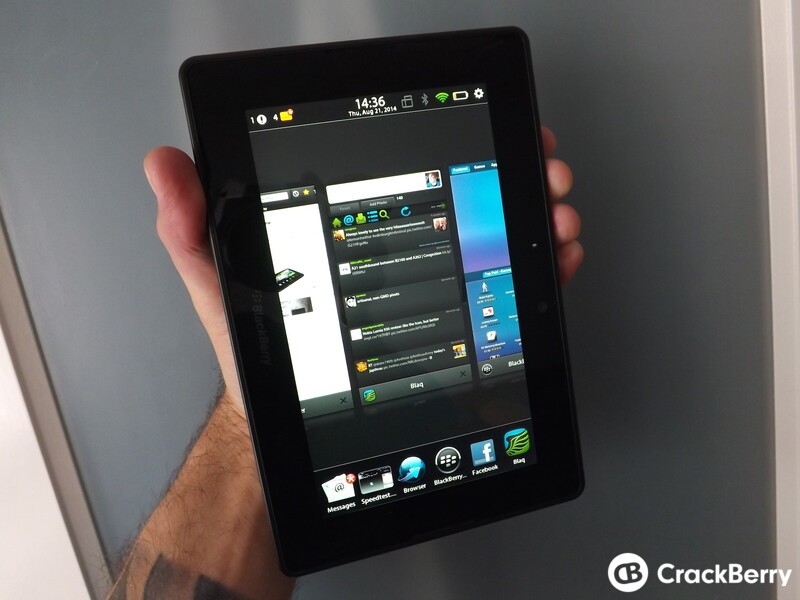 For many of us the BlackBerry PlayBook is a thing of the past. Sure, I still have mine, but I'll be honest and say that these days I very rarely switch it on. The PlayBook itself is still, in my eyes, a great tablet - it's just with no ongoing support from BlackBerry it is I'm afraid a dying breed.

But on the off chance that you did fancy picking the PlayBook at a silly price, you may want to head on over to ebay where I've found that you can pick up the BlackBerry tablet for a mere $79.99 today, from Grab Wireless. For your money you'll get the 16GB Wi-Fi model and that's darn good value if you ask me.

We all know that for apps and games the PlayBook doesn't compete with the competition on iOS or Android, but if you want a 7 inch tablet for web browsing and looking after your social networking then the PlayBook will have you covered. For this price it may be worth considering for just having a specific tablet to live on your couch or in your bedroom for when you want a device that's bigger than your BlackBerry smartphone?

If you take up the offer be sure to let us know in the comments? I'd be interested to see how many folk pick one up while so cheap.