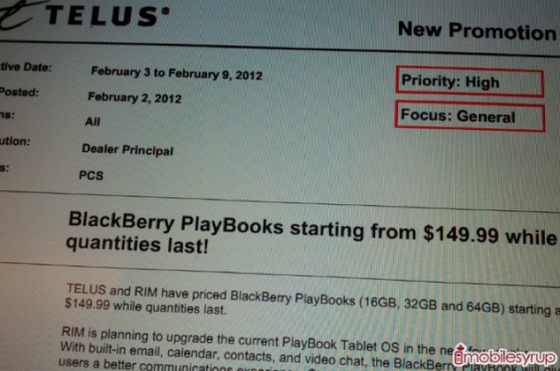 Have yet to bite on one of the many previous BlackBerry PlayBook deals in hopes of something better coming down the pipeline? TELUS has a treat in store fo you, and for one week only they will be dropping the price of the 16GB and 32GB models down to the low price of only $149.99. We have seen them drop to $199 quite a few times, but who doesn't like to save an extra $50? With the launch of PlayBook OS 2.0 around the corner, this deal is something you won't want to pass on. The deal starts tomorrow, Feb 3 and only runs until Feb 9, so act fast if you are interested!