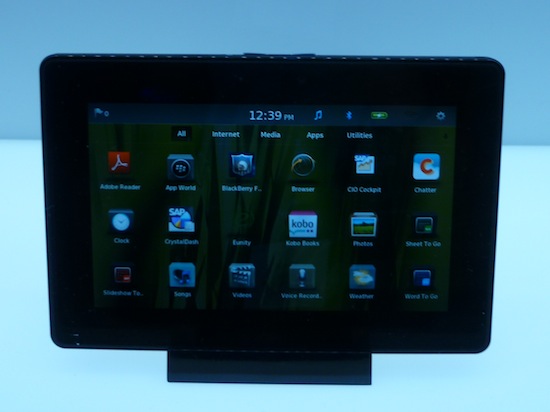 Aside from the BlackBerry PlayBook itself, the thing I was most excited to see (thus far) is definitely the BlackBerry PlayBook Charging Pod. We didn't get the greatest look at it since it's behind RIM's "don't touch me" glass, but seeing it up close is good enough for me. There isn't a lot to it obviously, but it still looks pretty sweet. It holds the PlayBook on a slight angle so it makes for a great "nightstand" device or for watching movies while in the charger. Very cool stuff. No word on pricing yet but we're pretty sure it will be available at launch of the PlayBook, which means you'll definitely be able to pick it up at ShopCrackBerry.com.