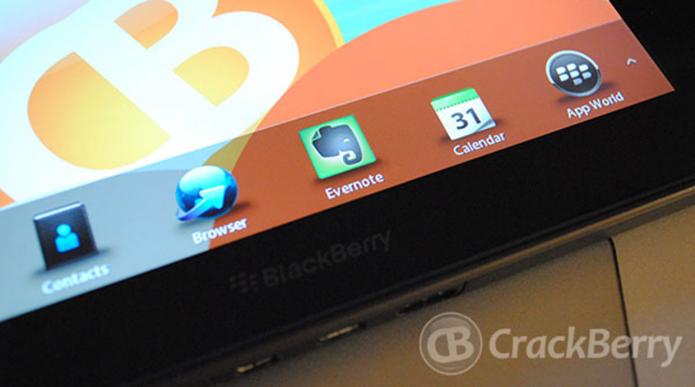 The iPad mini goes on sale today. While the hype doesn't seem to be as feverish as we have seen in the past for iPhone and iPad launches, there are some people lining up for it, including iMore's illustrious EiC and Apple guru, Rene Ritchie.

Rene has been doing a fantastic job covering the iPad mini from every possible angle since Apple officially announced the smallish 7.9" tablet that is accompanied by a biggish $329 starting price. It's a product introduction into Apple's portfolio that raises a lot of questions. iPod Touch or iPad mini? iPad mini or iPad 2/3/4? iPad mini or another 7" tablet?

As tablets like the Nexus 7 and Kindle Fire demonstrate at a $200 price point, 7" tablets these days are associated with being low cost. At $329, the iPad mini isn't exactly low cost. For some people, low cost matters more than anything else, and today Rene decided that if you are looking for the best low cost tablet, the one to go for isn't the Nexus 7 or Kindle Fire, but rather the BlackBerry PlayBook which can be found on sale these days for $150.

Sure, the BlackBerry PlayBook isn't the latest hardware anymore -- it's closer to the original Kindle Fire in specs than the Nexus 7 or any of this year's Kindle Fires -- but it's scheduled to be updated to BB10 in 2013 and that looks to be a much more functional tablet experience than what Amazon offers, and something that could rival Android for not-Apple in not-Apple lovers' hearts. Even the PlayBook as it stands today is arguably a better pure tablet experience than either the more-properly-defined-as-a-media-appliance Kindle Fire, or the "blown up smartphone" interface elements that still plague the Nexus 7.

As a person who actually owns the Nexus 7, Kindle Fire and several BlackBerry PlayBooks, I don't disagree here. A PlayBook at $150 is cheap. Of course the BlackBerry PlayBook wasn't positioned as a low cost tablet when it came to market -- the starting MSRP was $499 -- but as RIM has continued to discount it and release software updates, the value proposition for it keeps getting better. Though it's not a new tablet, the hardware specs and more important, performance, are still really solid. And web browser is great and runs flash well - which opens up your content ecosystem.

But I'm a BlackBerry guy. Of course I think the PlayBook at $150 is the best low cost tablet out there. What I really like is that in this case, the iOS guy thinks so too. Hit the link below to read the rest of Rene's thoughts on it. Agree? Disagree? Let us know in the comments.

If you're competing with the iPad mini based on price, you're telling people to buy the BlackBerry PlayBook