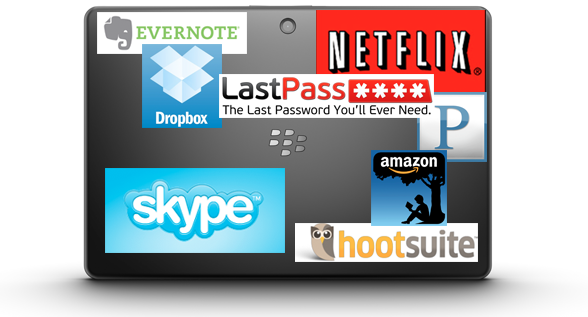 The BlackBerry PlayBook has been on the market for a little over a month now, and while we've seen the catalog of PlayBook apps grow, we have yet to see most of the BIG TIME services that sooo many of us use daily on our computers and other mobile devices come to the Tablet OS platform (seriously, I can't even imagine going back to life without Kindle, Skype, Dropbox or Evernote and desperately want these apps on my PlayBook).

Not wanting to wait around in limbo, PlayBook owners have been reaching out to companies via email, phone and forums since the PlayBook's launch to find out when these apps are going to become available. The responses have been mixed -  some favorable and some that are less than inspiring. For example, the response I received from Skype was that they're in a "wait and see mode" and "certainly not committing anything at this stage around development for PlayBook." This wait and see mode seems to be a popular trend which means it's on us CrackBerry Nation to let these companies know that we don't want to wait for their apps... we need them ASAP!

To that end, CrackBerry forums member technomensch had the inspired idea to startup the BlackBerry PlayBook Applications Initiative thread, which puts into one place all of the user outreach to these companies. Follow the link below to jump over to the thread where you can find out how you can help contribute to the cause and see where these popular companies are at with their PlayBook apps. Let's make it happen!!