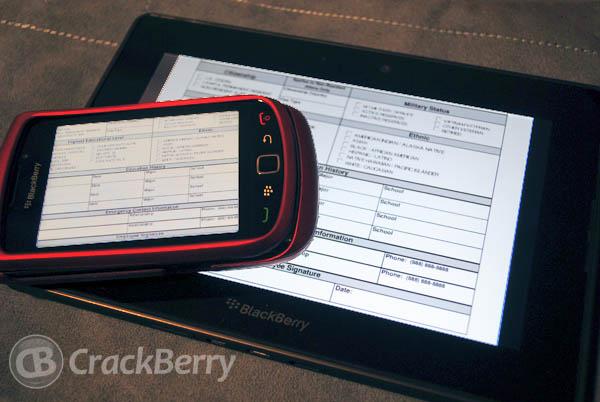 Youth workers in Surrey county will soon be getting a BlackBerry PlayBook and Torch application to provide them with mobile access to the records of the young people they work with. The app is scheduled to be released in June, and is part of a drive to ensure that 16 - 19 year olds in the area are enrolled in education, training, or employment by 2015.

Paul Brocklehurst, head of information technology and management at Surrey county council, said they decided to make the application compatible with the BlackBerry PlayBook and Torch smartphone because it seemed to be the most secure technology to transfer sensitive information and was fully GCSx compliant. "We looked at other technology as well, like iPads and so on, but this seemed like the best option for us due to the security aspect and it being encrypted," he said.


The ability to use a mobile app to update person details of the young people in the program is expected to save between £75,000 and £100,000 annually over the projected 40 youth workers that are part of the roll-out. This isn't the first time Surrey council has utilized mobile technology for cost saving efforts. Back in 2010 they initiated a program using a BlackBerry application to monitor waste being left at recycling centers.