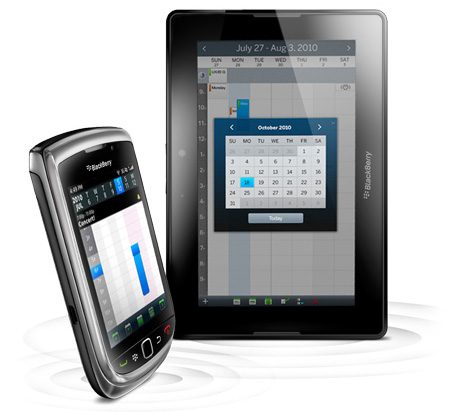 Having both co-CEO's at Research In Motion on the investors call today was quite a change from the norm -- typically it's just one or the other. That said, having both Jim Balsillie and Mike Lazaridis on the call gave us all a better perspective of things happening within RIM. As it stands right now, RIM has shipped 500,000 BlackBerry PlayBooks but they neglected to mention the number of PlayBooks were sold, even going to so far as to say they didn't know -- shipping items and selling items is totally separate, if we glance back to Kevins predictions on the BlackBerry PlayBook sales they're starting to sound more accurate as the information comes forth.

When questioned about the launch of the BlackBerry PlayBook, Jim Balsillie stated he wouldn't have changed all that much, if anything and that RIM wouldn't have done it any differently. RIM was criticized throughout the media for the launch of the PlayBook and while Jim notes it could have been a more polished launch and the intial product to be better, but there wasn't anything to gain by delaying it, everyone was working hard as they could to get it out and much of this was lost on the medias representation of the PlayBook. Jim also noted, that the BlackBerry PlayBook has the best in class hardware and with the OTA system they've now implemented the product will continue to show it's strength as it grows but these features which are highlights for the platform was lost in communication throughout the media.

Needless to say, there are few things that could have been done better with the launch of the BlackBerry PlayBook but -- I, personally agree that delaying it would not have helped the matter any. What would have helped would have been better forecasting of the situation at hand plus, having all the tools needed to develop on the PlayBook up and ready but that would have come with better forecasting. Waiting for the BlackBerry Player, Android Player and Native SDK has had a negative impact here and wil continue to until those things arrive. By then though -- some of the interest will have waned off. I love my BlackBerry PlayBook but there is a tough road ahead for RIM after todays announcements. I realize they're working on things to improve the situation but evidently -- it's not fast enough to meet demands of the users.