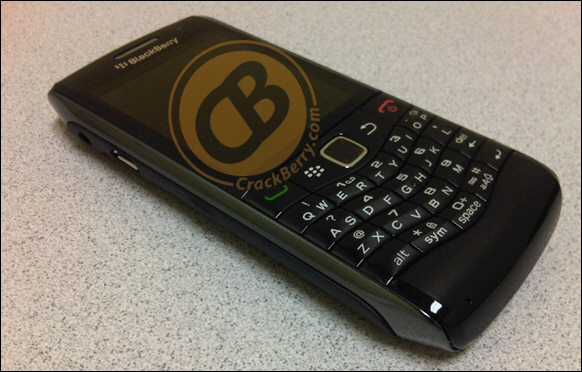 OoohHHH BaBy!! Any BlackBerry Pearl fans out there? I know there are. And I know so many of you have been waiting for Research in Motion to release an updated version of the candybar-styled BlackBerry Pearl 81xx Series Smartphone. Good news. The wait is getting shorter, because what you're looking at in these photos is the new BlackBerry Pearl 9100!

We've actually been sitting on these pictures of the new 3G BlackBerry Pearl 9100 for a while now with this post sitting in the queue ready to go live (for obvious reasons -- source's request -- we can't always post stuff the second we have it), but now that it's out there (good stuff Sal!!) we can post these babies up. Be sure to look below for more photos.

As you can see, the new BlackBerry Pearl (has gone by the codename stratus and/or striker we think.... codenames are so confusing sometimes) gets its styling from the latest generation of the BlackBerry Smartphones. The new Pearl really looks like a narrowed down BlackBerry Bold 9700, but with the full physical qwerty keyboard swapped out in favor of a slick new SureType design. We didn't post any photos of it here, but under the battery door the new Pearl features a newly-designed battery. Lots more specs and info to come soon, but for now enjoy the photos! For those who appreciate a small device, this is going to be the one you want.