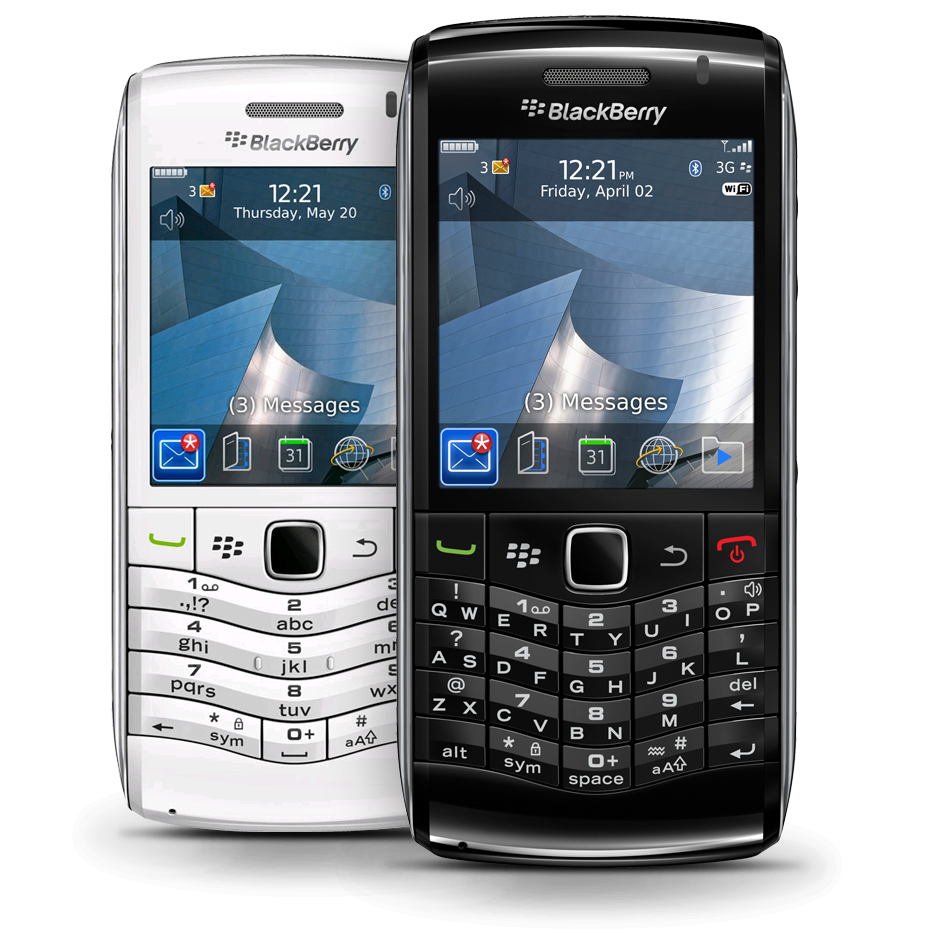 A few new official OS' rocking the interwebs for the BlackBerry Torch 9800, Curve 9300 and Pearl 3G users. OS 6.0.0.723 is now available for download for all these devices. If you're looking to update you device, grab the appropriate OS from the link below, then hit the forums to let us know your findings. As always, use caution when installing new software on your device. Download OS...

Pearl 3G users haven't seen a new OS update in quite a while, but today we have one hot off the presses. SK Telecom has released OS 6.0.0.650 for the BlackBerry Pearl 3G 9100. Nothing in yet on whats changed in this one, but if you're using a 9100 or 9105 then fire up that USB cable and get to installing. Be sure to leave a comment with your findings. As always, use caution when...

Virgin Mobile Canada is offering up a smokin' deal on the BlackBerry Pearl 3G 9100 right now. You can pick one up for just $99 off contract, which is awesome if you're in need of a new device, or maybe looking for an inexpensive yet feature packed back-to-school present. And since Virgin Mobile offers some great pre-paid options that include BlackBerry data, you don't have to worry...

Sprint officially released OS 6.0.0.600 for the BlackBerry Bold 9650 yesterday, and here we have two more of the same for both the Bold 9780 and Pearl 3G. Vodafone has officially released OS 6.0.0.600 for these devices so if you're a Pearl 3G or Bold 9780 user get out those USB cables and try this one out. No reports of the good or bad on these just yet, so be sure to leave a comment or...

Here's one for the Pearl 3G users. OS 6.0.0.570 has leaked and is ready for the taking. This one is fresh so be sure to cruise by the forums if you do install and let us know whats good, bad or ugly. This one is good for both the 9100 and 9105, so you have no excuses! As always, use caution when installing any OS on your device. *OS Disclaimer - Please Read: Keep in mind this is NOT...

Happy Friday Pearl 3G users. From Vodafone DE we have OS 6.0.0.546 ready for the taking. This one is fresh so no news of whats new/changed/different, so be sure to drop a comment or swing by the forums and let us know. This one is good for the Pearl 9100 or 9105. As always, use caution when installing any OS on your device. Download OS 6.0.0.546 for the BlackBerry Pearl 3G Discuss...

Saskatel has officially released a new OS for the Pearl 3G. OS 6.0.0.534 is now available and ready to go. Pearl 3G users with either the 9100 or 9105 can give this one a go. Reports are pretty good so far, so if your USB cable is handy then give this one a whirl. As always, use caution when installing any OS on your device. Download OS 6.0.0.534 for the Pearl 3G Discuss more in the...

It's only been a short while since BlackBerry Pearl 3G owners had some official OS love. Last update being, OS 6.0.0.481 from Telus made some users happy but now, Rogers has gone ahead and released OS 6.0.0.526 for all. You can hit up the Rogers BlackBerry download page to grab the update and of course, if you're not a Rogers user -- just simply delete the vendor.xml file and you are up...

Here you go Pearl 3G users. Telus has officially released OS 6.0.0.481 for the taking. It's been a bit since we've had an official release for the Pearl 3G, so if you're on an older leaked or official OS then get to downloading. Not many reports in on what's new in this version yet, so head into the forums and post your findings. As always use caution when updating your device OS....

It hasn't been too long since the BlackBerry Pearl 3G had an OS update, and today it has another. OS 6.0.0.481 has popped up for this device, so if you're rockin' a Pearl and want something to do today, go ahead and give it a go. Just like other leaked OS', this one is not official in any way so be sure to back up all your data if you decide to load it up. Of course, be sure to share...

Although it lags behind the leaked OS' for the Blackberry Pearl 3G, Aircel has now made OS 6.0.0.380 official and available for download from their Blackberry site. If you're not already running one of the higher, leaked OS you'll certainly want to get in on some official goodness. If you're not an Aircel user though, please be sure to remove the vendor.xml file before installing and...

TELUS now offering the BlackBerry Pearl 3G for $200, no contract

If you're looking to get a deal on a no contract, BlackBerry Pearl 3G and live in Canada, TELUS is looking to hook you up. Be it in Black or in Pink, TELUS is willing to sell you either or for only $200. Which is a pretty sweet deal for a brand new, unopened, no contact device from any carrier. To put some comparison on that pricing, if you were to go to AT&T right now and ask...

Wow 2011 is sure starting out with some excitement! First the Bold 9700 and Curve 3G both got 6.0.0.424, and now the Pearl 3G gets to join them. Again, like the others we're not sure what may have changed but, if you load it up be sure to back up your data before doing so. *OS Disclaimer - Please Read: Keep in mind this is NOT an official release and as such is not supported by RIM...

[ youtube video link for mobile viewing ] When you think of BlackBerry cases you think OtterBox. Known for stellar protection of devices in their various lines, the OtterBox cases are some of the best there are. The OtterBox Commuter Series Case for BlackBerry Pearl 3G is no exception. Incorporating elements from both the Defender and Impact series, this two-part case is sure to keep...