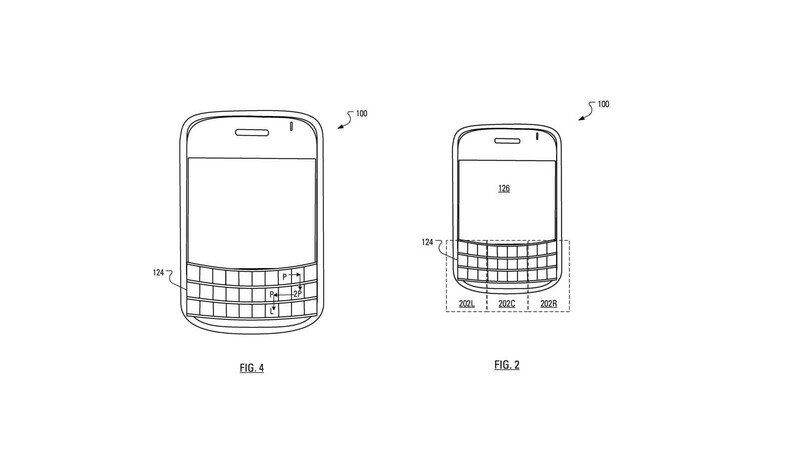 Aside from the Geekbench results showing off some purported specs for the BlackBerry 'Mercury', a new patent filed BlackBerry has now appeared that adds more weight to the rumor that QWERTY device will be making use of a fingerprint sensor through its touch-sensitive keyboard. Registered as US20160299682A1 and published on October 13, 2016, the new patent in its abstract form highlights how BlackBerry plans to employ authentication using a touch-sensitive keyboard.

Situations requiring authentication may include enabling access to a physical location or allowing use of a credit/debit card or similar instrument. Passwords are typically alpha-numeric strings or sequences entered on a keyboard. Graphical authentication systems, where passwords are comprised of graphical components, also exist.

As you can tell by reading through it, it doesn't exactly state that a fingerprint scanner in the traditional sense will be integrated but instead, that swipes and combination of keys could be used in a certain region of the keyboard for authentication in place of numeric or alphanumeric passwords. Still, it doesn't rule traditional integration either as BlackBerry's method as stated in the patent could just be an additional form of authentication, which would actually be rather creative and innovative versus the norm.

View the patent via Fresh Patents