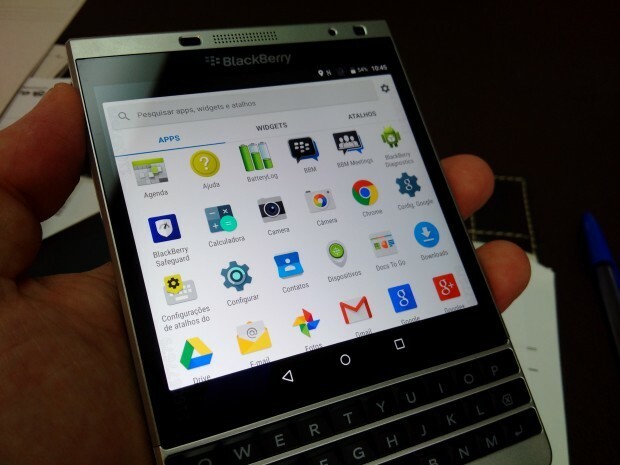 As we know from history, it's pretty easy to fake a BlackBerry running Android through the use of any of the launcher apps on the Google Play Store and about 3 minutes in Photoshop but there's something a little bit more interesting about this set of images and video. A few signs that maybe, just maybe, this thing might actually be legit. To be clear, I'm not saying it is. I'm just saying, there are signs that may otherwise not be accomplished. Which signs you're asking? Let me tell me you.

With all that in mind, I'll once again reiterate. I have no idea if this thing is legit and if it is, no one is talking about it, so it should go without saying that everyone should take it with a HUGE grain of salt. That said, if it's a fake it's a pretty damn good one and I'd really like to know what tools were used to put it together because it appears to be integrating in ways that really should not be possible. Also, if you ordered a Passport Silver Edition, don't expect it to arrive running Android.