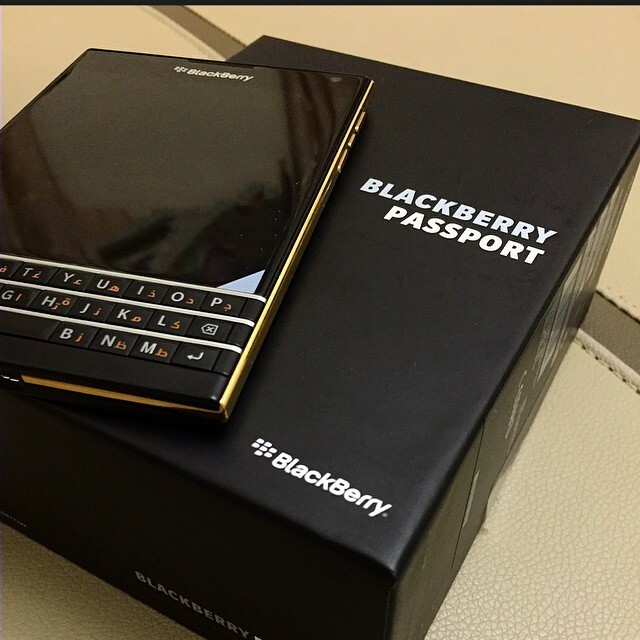 We've all seen the piano black and porcelain white version of the BlackBerry Passport, which are both great looking devices. Then we saw an all black version appear and as we know from previous device launches, it was only a matter of time before we saw one pampered in gold, be it directly from BlackBerry or a third-party.

As it turns out, we didn't have to wait all that long at all as one has now appeared in some new images and it certainly looks rather luxurious, maybe even more so than the Porsche Design P'9983. At this point, we can't confirm whether or not the device was directly created by BlackBerry but it certainly looks that way as the company tagged in the photos, doesn't have images of the device up.

UPDATE - We have confirmed with BlackBerry that this is indeed not a device put together by them. The gold trim was added after the fact.