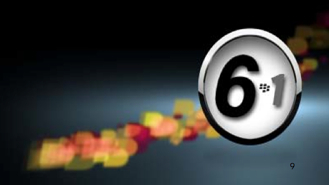 For anyone tired of hearing about the BlackBerry PlayBook, the new images of the BlackBerry Touch were a nice change. But now, OS OS 6.1.0.44 has shown up and along for the ride is a bunch of updated apps. Extracted and taken from the full, leaked OS updated versions of the following are now available for download:

All of the leaked apps have been tested on a BlackBerry Torch, should any of them give you a hassle about missing files it is suggested you download this file. One thing to note however, is that these are leaked files. If you load them up, you do so at your own risk -- be sure to back things up first.

PS: For those of you asking, no -- it will NOT work on your Torch. The OS leak itself has very little meaning to folks who don't acutally have the devices they are meant for. They do however, make way for more leaks and for hybrid OS builders to make use of the files. Other then that, they really aren't meant for mass consumption. Only the apps can be used by various other devices running BlackBerry 6.