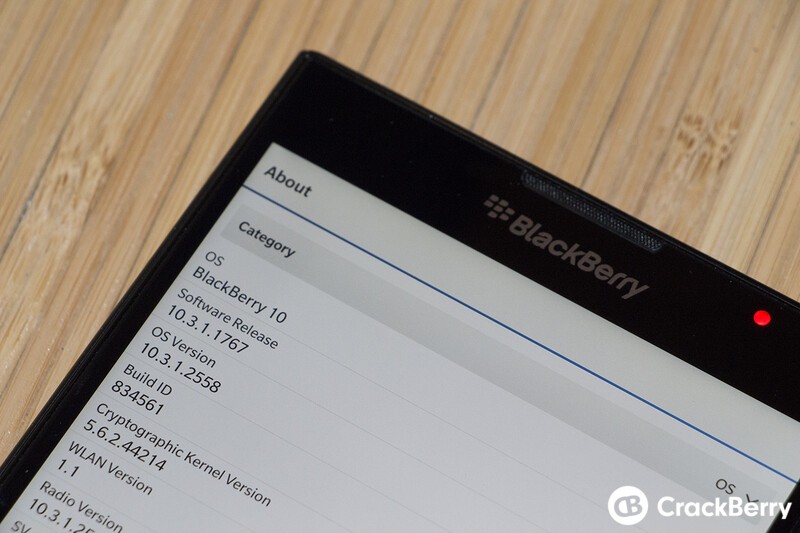 If you're still waiting for BlackBerry OS 10.3.1 to arrive on your device via OTA, you'll have to wait a little bit longer due to several issues found in the update that caused BlackBerry to put it on hold temporarily in some cases. However, all is not bad. We have some good news as well!

The good news is another 10.3.1 build has already been certified and will eventually be pushed out to those waiting but if you're impatient and want the files right now, you're in luck. BlackBerry OS 10.3.1.2558 links have gone live and are readily available for download in the CrackBerry Forums.

Although there're no autoloaders as of yet, they are being worked on and those familiar with 'leaked OS' upgrade procedures can load up the OS right now and give it a go while waiting for the official OTA updates to be sent out, which some folks in the UK have already reported as arriving on their devices.

You're no doubt wondering what the full change log is but the reality of the situation is that no one knows the full extent as of yet as the OS is fresh off the servers. Your best bet right now, until we gather more info on the update, is to read through the CrackBerry Forums as people are discovering what has been fixed or otherwise improved. One thing is known for sure and that is that this OS addresses the OpenSSL FREAK vulnerability.