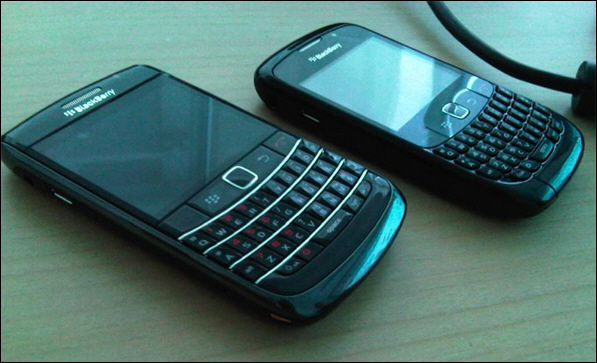 When we first reviewed the BlackBerry 9020 (Onyx), we made note of how much we'd love to see that trackball replaced with a trackpad. It was widely believed to be coming and we made note a few weeks back that trackpad 9020's were finally in the wild, so it's almost surprising that it took this long for a photo to pop up that shows the refined device. Hopefully we'll be able to do more than see soon, because adding a trackpad to to a BlackBerry that already has 3G, WiFi, GPS, and a 3.2 megapixel camera seems like just the right move.