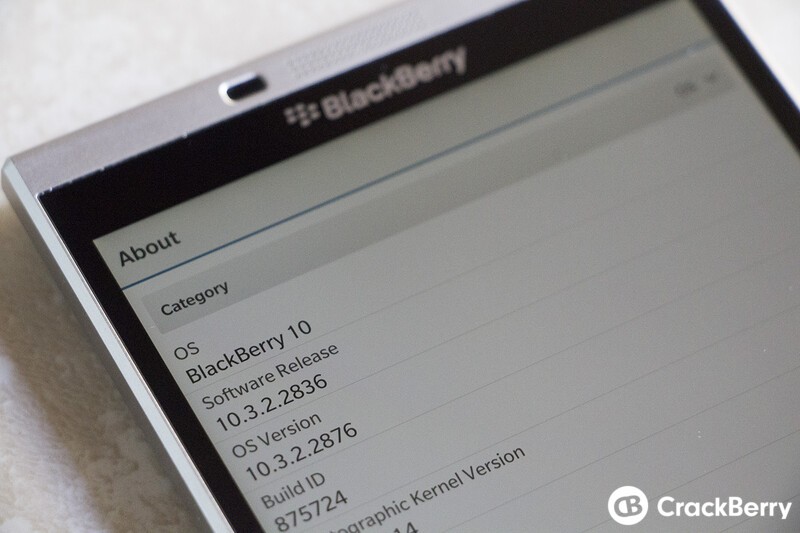 Back in December, BlackBerry updated ShopBlackBerry devices to OS 10.3.2.2876 (software version 10.3.2.2836) and it looks as though that OS has been released globally as well as many have started receiving it today from various locations around the world. An update to the BlackBerry blogs shows BlackBerry did start pushing out a new OS with some noted changes.

A BlackBerry 10.3.2 Hot Fix Update has started to roll out across the globe to BlackBerry 10 devices. The update includes Calendar update, removal of the BBM Meetings app and patches to the Android Player. Please check with your carrier for local availability details.

What's curious about this is that while the noted OS, 10.3.2.2876, apparently contains patches to the Android Player, it's also known to have some bugs in the Android Player that folks found back in December, though, they don't appear to be present in this official build despite it carrying the same version number. You can read more about the Android Player issues right here.

While I generally don't tell folks to hold off on updating, this OS might be one that you want others to test before you fully dive in. You can follow along as others update in the CrackBerry Forums and see if you want to join the mix. I suppose it's also possible BlackBerry meant they'd be delivering a different OS when they updated the blog but if that's the case, that OS has yet to appear for anyone.