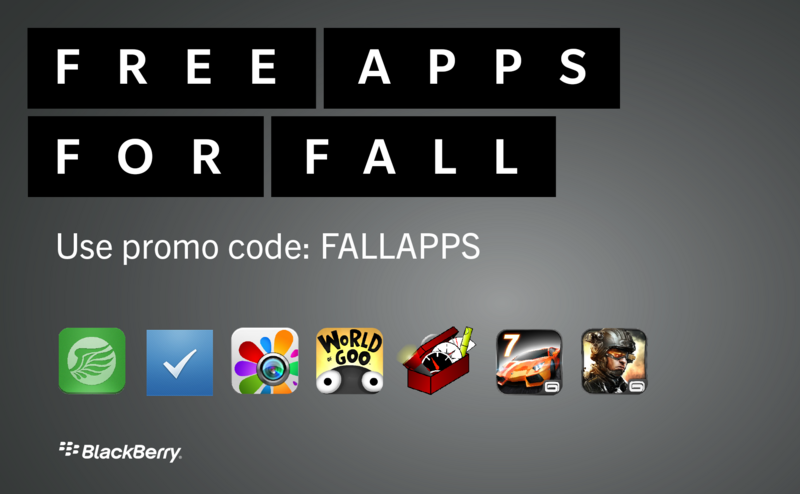 Although I was a bit hesitant to post this because I can't see it for myself, it would appear as though BlackBerry is offering those in Canada a deal on some great apps in BlackBerry World as part of a promotion.

If you head into BlackBerry World, swipe down from the top and tap on redeem and then enter in the code 'FALLAPPS', you'll be given a $25 credit on BlackBerry World to use on some select apps.

The promotion is noted to be ongoing until October 31st and again, only appears to be available to those in Canada. You can hit the forums for more details or drop a comment below if you give it a go and it works for you.