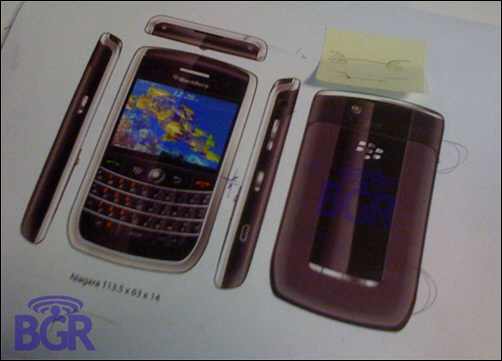 The week is barely 8 hours old, and the BG is already continuing from last week on his BlackBerry news-breaking streak - if loose lips sink ships then you gotta think somebody at RIM must be starting to get worried.

Is a BlackBerry 9000 on its way that doesn't have 3G?! Apparently that could be the case! In CrackBerry.com Podcast Episode 008, Craig and I spend a few minutes talking about the potential coming of a 3G-less 9000, though from the info we had to work with we were thinking it was maybe codenamed "Javelin" (which now that it seems were wrong I can't help but wonder what the heck Javelin may be?!). Why release a 3G-less 9000? Most likely to bring down the cost of the device (cheaper chipset) with this model  squarely aimed at being the direct replacement for the current 8800 series. I'm sure more details will emerge through the week. This lead up to WES sure is fun!