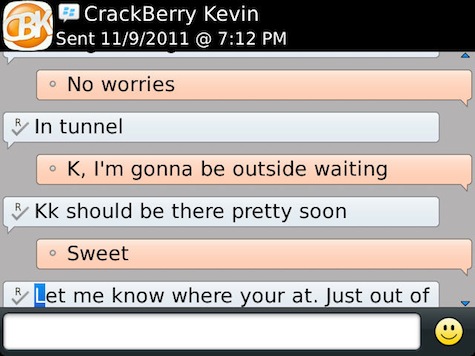 The latest BlackBerry Messenger update is due out later today and will be bringing along some fun new features. Version 6.1 of BBM will offer support for BlackBerry Tag (coming in BlackBerry OS 7.1). This will allow users to invite contacts to BBM simply by tapping their device (which must support NFC). Users will also now be able to enter a status of up to 160 characters in their profile - more than double before. Animated avatars, new emoticons, the ability to add a profile picture from the BlackBerry Camera and colored chat bubbles will be included in this version as well. The release is expected today so stay tuned for more!