Add me to your BlackBerry Messenger contacts! Scan my barcode below or add me via pin: 32181312 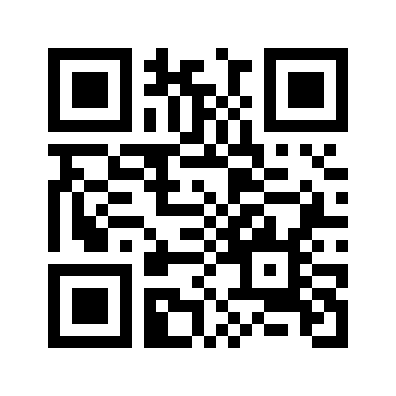 It was back in October of 2009, upon the release of BlackBerry Messenger 5.0, that we had the whacky idea to put the new BBM 5.0 to a test to see just how many contacts and active conversations it could handle (see the original BBM Stress Test). For the test, I used my personal BlackBerry Bold 9000 which proved to be a bit of a disaster - with the Bold 9000 only shipping with 128MB of internal memory leaving around 30MB free for running apps, the device became completely unusable as we got slammed with over 10,000 BBM requests. With patience, I did manage to approve just over 2,000 contacts before the Max # of Contacts Reached message popped up but actually trying to use the device at that point resulted in the continuous appearance of the hourglass of death and/or javascript exception messages. In the end we proved BBM 5.0 could handle more than previous versions, but that the Bold 9000 crumbled under the demand of a hugggge list of contacts and pending requests. It was really the device we stress tested rather than BBM itself.

Enter the BlackBerry Messenger Stress Test part 2... This time around we're using the just-released BlackBerry Bold 9650 for the experiment. The newest Bold boasts 512MB of internal memory, leaving ~330MB of free application space. That's over 10x the free memory that the Bold 9000 had when we conducted our first BBM stress test. My hope with this test is that when we reach the max capacity of BlackBerry Messenger 5.0, that we're still able to fully use the device and carry on lots of conversations with our thousands of contacts. I'll be video taping the fun as it unfolds and update my twitter account (@crackberrykevin) on how things are going (recap video to come later). If you add me, I'll do my best to approve the contact request.

* Update - 2 hours later: OK...So the BBM requests have been flowing in. We're at over 4,000 BBM requests in two hours. I had to jump on a conference call so just kept approving requests aimlessly while talking (it takes a while to do). As I type this update I'm doing a battery pull. The device started to freeze up a bit and stuff went missing from BBM (couldn't see contacts or requests anymore - it was like BBM was just missing "parts" of it). I'm going to keep working on approving contacts. I think the real test here is going to be once we max out contacts, then we'll see how the device still functions. Don't get mad if you don't get added. I'll try and approve everyone but pretty sure BBM will cap out at some point. It's all in the name of BB science! *

* Update - 8 hours later: So I can definitely say the BlackBerry Bold 9650 is owning BBM in this stress test as compared to the Bold 9000. It's not all easy going - the constant flow of BBM requests (data) killed a fully charged battery in three hours, and at one point I had to do a battery pull. With BBM requests still coming in, I approved 2009 contacts (with over 300 chats open) and at that point I received the alert that I have reached the max number of contacts. I was expecting that to happen this time around - I didn't expect to see BBM take on more max capacity - but the big news to me here is that the device is still running smooth. There's more testing to be done in the still (broadcasting messages, seeing how many chats I can get going, backup the contact list, etc.) but it seems pretty clear that even with BBM maxed out the Bold 9650 can deliver performance. The bad news is that if you added me and I haven't approved you yet, it looks like it's not likely that you will get approved now - I'm out of space. Maybe for BBM Stress test 3 RIM can up the limit for me.*

* Update - 8.5 hours later: Well this sucks. Just a few minutes after my last update, where I'm glowing with how well the 9650 is handling the stress test, the device spontaneously rebooted and is stuck in an endless restart cycle. At about 10% on the load status bar, an error flashes for a second stating "Arm11: BlockReadEx: flash read failed." Battery pulls aren't helping and trying to boot in safe mode is a no go either. Looks like I'm going to have to re-load the OS and see where we stand after that. Bullox*

this sucks. after 2009 approved contacts on BlackBerry Messenger,  the device
is now rebooting constantly. the screen above flashes for a second before it restarts. :(