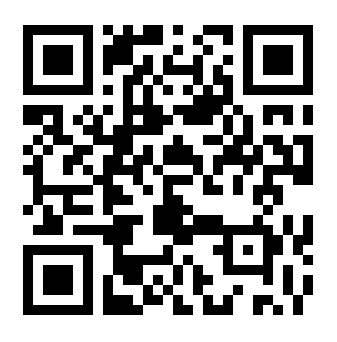 Yes, that's my barcode above and I want you to add me as a contact to your BlackBerry Messenger right now!! If your BlackBerry isn't rocking BBM 5.0 or a camera, then you can add me by pin: 207c10b9

It's time for a BlackBerry Messenger 5.0 stress test! At this point, we're not sure what the cap for contacts in BBM 5.0 is. I'm thinking it's somewhere in the 1000 - 2000 contacts range (maybe more?), but we don't know for sure and it's one of those things that as a CrackBerry addict I just need to know! I'm also really curious to see how the new BlackBerry Messenger handles the wireless backup of BBM contacts when the numbers get really big.

So that's it. ADD ME! Just please, no sending me nude photos of yourself (unless your name is Meagan Fox, Blake Lively, Eva Mendes, Kelly Brook, Jessica Alba, Keira Knightly, Jessica Simpson, Kate Beckinsale...err... better stop there but you get the picture).

Any bets on how my BlackBerry Bold and BBM 5.0 hold up to this abuse? I'll report back once we have some data here. This is gonna be fun.

* Update 1 -  20 minutes after post time: The requests are coming in fast and steady. Keep them coming!! Once they slow down a bit I'll go back and approve all the requests. Have patience, I'll definitely approve your request. Oh, and yes, we're recording this on video. :) *

* Update 2 - 62 minutes after initial post: As I type I'm now at 2109 Requests. So on the requests front, we've blown past 2,000. There's no "approve all pending requests" function (please add that RIM!), so it's going to take me a while to go through and approve everyone, but that is exactly what I'll do. So far there doesn't appear to be a cap on requests - we'll see what happens once I start approving everyone. I wonder if we can hit 5,000? Stay tuned! *

* Update 4 - Just over 2 hours later: As it stand nows, I have over 4,000 pending requests and 400 contacts. Still lots of approvals to work through. About 45 conversations have been started too (I'll try and respond later when the crazyiness dies down, but if I don't, don't be offended...my BB is on overdrive right now). The data arrows haven't stopped moving. Even though I'm plugged in I somehow drained a battery and switched to a fresh one. Gonna take a break for a bit and head to Fashion Valley for some shopping (gotta check out the Tourneau store!) so will report back in a bit.  Keep the requests coming in... this stress test is INSANE. 5,000 requests is just around the corner... I wonder if we can hit 10,000? Still think the total number of contacts will top at 2k. We'll find out soon! BIG THANKS to everybody taking part in this experiment! *

* Update 6 - 10:30pm PST: Wow. What a crazy day. OK.... I blew past 10,000 BBM requests, but the last couple of hours have been trying. With the requests coming in at a steady and rapid pace, I've only managed to approve just under a 1,000 so far. The data flow has been constant - I've gone through four batteries today. As I neared the 10,000 requests number the device has been nearly unusable - likely due to free memory dropping so low (even after several battery pulls), so between incoming requests and trying to approve requests and just using the phone, it's been slow and trying. I just discovered I can actually disable my cell connection and still approve requests (puts them into awaiting authorization state), so am going to do that now and try and approve a whole bunch, then restore data and see what happens. Also, I'm going to unsticky this post now. Once the incoming requests slow down/stop, that should hopefully make the device more usable once again. Stay tuned for final results. So far it's looking like BBM can handle a lot. Pushing to stupid extremes might be a different story, but for normal everyday use it should be good to go. *