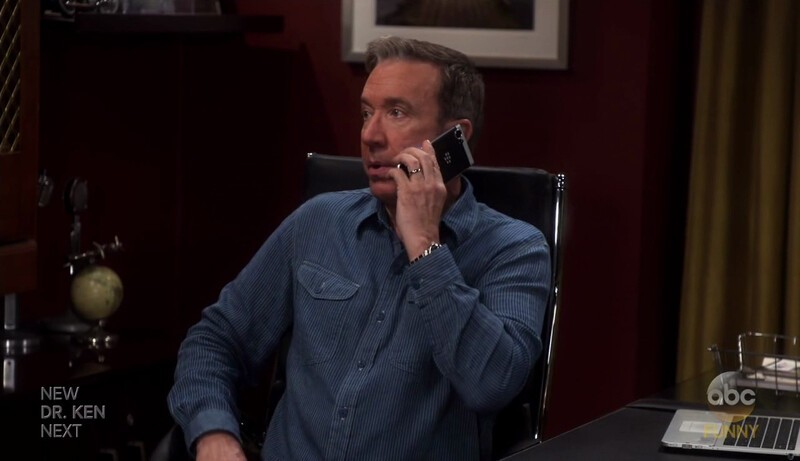 Although the BlackBerry 'Mercury' has yet to be officially announced, it seems as though there is already some sly marketing happening on behalf of BlackBerry Mobile. As spotted in the forums, in the latest episode of Last Man Standing, plenty of on-screen time is given to the QWERTY handset by Tim Allen's character, Michael Baxter.

Not really surprising given Tim Allen is a well-known BlackBerry fan, but it's interesting to see this sort of product placement happening already. Hopefully, it's just a small beginning to a much larger marketing campaign BlackBerry Mobile has planned for the rollout of the 'Mercury.' Sadly, there's no video I can link to as of yet but, let me know in the comments if you spotted it while watching!

Check out our BlackBerry 'Mercury' hands-on from CES 2017