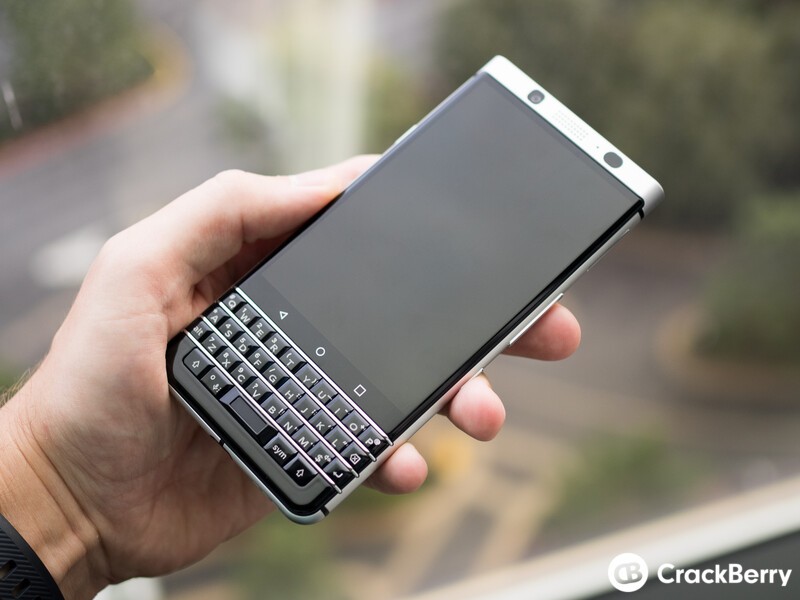 Now that CES 2017 has wrapped up, folks are looking back on everything that was announced in Las Vegas and handing out awards for what they feel was the 'Best Of CES.' Unsurprisingly, one of the items that continues to appear on several lists is the BlackBerry Mercury, which TCL offered a sneak peek of at CES.

The last phone designed by BlackBerry has managed to grab a lot of attention in the past few days and a new post from Ralph Pini, Chief Operating Officer and General Manager, Mobility Solutions, at BlackBerry, highlights that even further. Mercury wasn't the only winner, though, the DTEK50 scored some love at CES as well taking home an Innovation Award.

We're very excited about the coming BlackBerry branded "Mercury" smartphone. It's the last phone that we designed and engineered in-house. Our global licensing partner TCL will be manufacturing Mercury and bringing it to market in many countries around the world.

Providing state-of-the-art security software is what we've delivered since day one to our customers, and what we will continue to do. BlackBerry is 100 percent focused on software solutions, providing the embedded intelligence to secure the Enterprise of Things so that the Internet of Things can thrive. As part of this strategy, we are now leveraging third parties for the development, distribution, and marketing of BlackBerry handsets, while we continue to own the BlackBerry brand.

The agreement with TCL Communication is BlackBerry's second licensing agreement. TCL is a global top ten smartphone provider best-known for its Alcatel-branded devices. BlackBerry's brand recognition and security and software expertise, along with TCL's hardware and distribution prowess, are a powerful combination.

More details about the smartphone, including its official name, will be coming at the Mobile World Congress show in February.

The reception to Mercury was strong. The publications Android Central, Phone Scoop and Android Police all gave BlackBerry Mercury "Best of CES" awards. TechCrunch praised its "solid feel coupled with a modernized version of the iconic BlackBerry design." Mercury was also a finalist in Engadget's BEST of CES awards (we should also mention DTEK50 won an Innovation Award from the CES organizer itself).The

We also expect BlackBerry branded phones from BB Merah Putih to come out in Indonesia soon. As our CEO John Chen noted at a press event during CES: "There's going to be more BlackBerry phones out there because now I have multiple parties creating and distributing and I have local partners to compete in the local space." We are starting to gain great momentum with our licensing strategy. Look for us to continue pursuing additional licensing partners to bring Mercury as well as other new smartphones to the rest of the world.

Needless to say, I'm not surprised at the attention the Mercury is getting. Even though the finer details of the phone are not available and everything which was unveiled was based on pre-production units, BlackBerry and TCL were right to use CES 2017 as a platform to introduce the device to the world. TCL is committed to reviving the BlackBerry brand and as noted by my colleagues over at Android Central, they have a plan mapped out to make that happen. CES 2017 was only just the beginning, and while some of us might groan at having to wait until Mobile World Congress show in February to get the full details, something tells me the wait will be worth it.