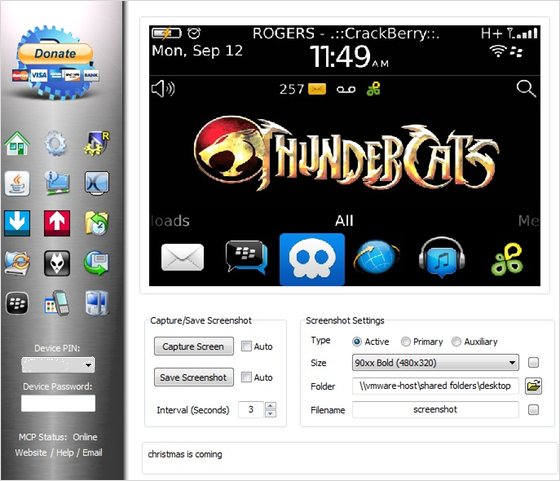 It's been quite some time since we last saw BlackBerry Master Control Program updated and back then, it was sitting at v0.9.3.0 beta. Now, a new release has been made available for all those who like to really customize their OS right down to what apps get installed when running BlackBerry App Loader and its lost the beta tag. v1.0 brings some changes that will maintain compatability with older devices but offer some help to those making use of BlackBerry 7 devices as well:

BlackBerry 7 devices aren't fully supported in this release, meaning they don't show up in any of the drop down menus or anything like that but thanks to the new Javaloader version being used you can take screenshots, load apps, install and remove cods and more. All previous devices retain support as well, so if you need to customize your OS more then conventional methods allow, you can do so. You can grab either the portable or standard versions right now.