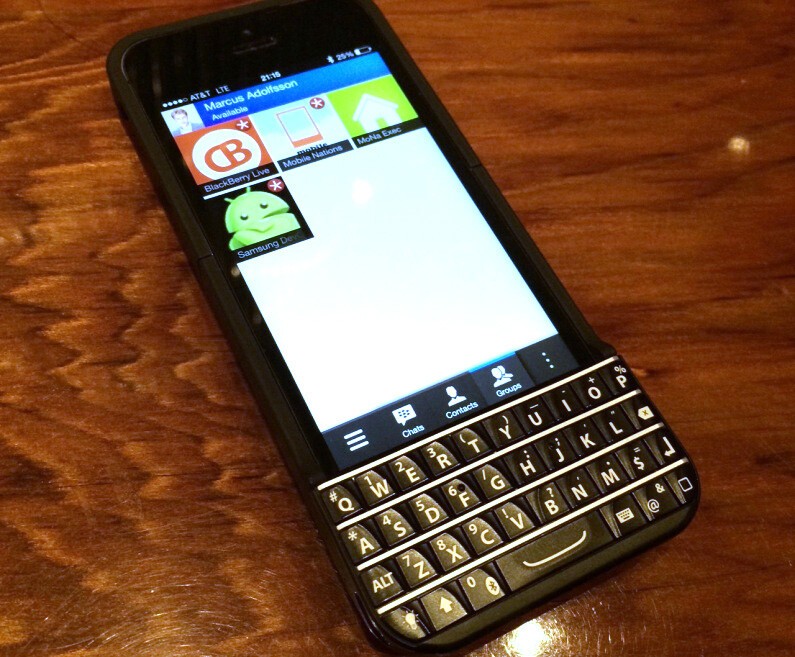 Things are starting to heat up now. As the Typo keyboard takes the iPhone world by storm, BlackBerry has now asked a California court to block sales of the device in the U.S. BlackBerry has accused the Seacrest-backed accessory of patent infringement (with good reason) even though some of the design elements differ slightly than those on the physical keyboard of the BlackBerry Q10.

BlackBerry alleges that the Typo infringes on two patents covering the design elements of a "handheld electronic device" and "an electronic device with keyboard optimized for use with the thumbs." They've asked the court to prevent Typo from "making, using, offering to sell, or selling within the United States, or importing into the United States, the Typo Keyboard." The motion also notes that Seacrest directly mentioned the Typo keyboard was inspired by BlackBerry, of which he was a long-time user.

The whole deal is getting a bit interesting so we'll have to wait and see just what pans out between the two from here. We're behind BlackBerry all the way (well Kevin is a bit in the middle) and think they have a solid case against Typo.

What do you think? Should Typo go back to the drawing board? Hit up the comments!