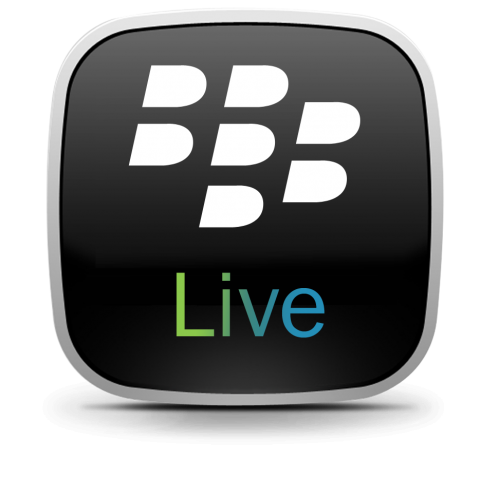 BlackBerry Live 2013 took place from May 14 to May 16 in Orlando Florida, and CrackBerry was there in full mindblowing force. Nearly the whole crew was on the show floor manning CrackBerry Live, an ongoing event where we livestreamed interviews with folks from all over the BlackBerry ecosystem. Nestled within BlackBerry Live 2013 was BlackBerry Jam Americas, where developers got first-hand support from BlackBerry personnel, and attended all sorts of wisdom-packed sessions.

Here's a quick run-down of the agenda. Tuesday morning kicked off with the general session keynote at 9 AM EST, hosted by CEO Thorsten Heins, CMO Frank Boulben, and COO Kristian Tear. Breakout sessions, labs, certifications, and showcases filled out the rest of the day. Developers had their own general session for BlackBerry Jam Americas at 1 PM.  The evening capped off with a Universal Studios concert performed by Alicia Keys, Miguel, Maria Gadú, Alabama Shakes, and Cedric Gervais starting at 7 PM.

Wednesday was more of the same, minus the concert and general sessions, until a tweet-up and developer community awards at 6:15 PM. Thursday hosted the usual certification programs, hands-on labs, breakout sessions, and open jam spaces as the other days, before tapering off at around 3:15 PM.

BlackBerry Live 2013 was extremely important. It was the first BlackBerry conference since BlackBerry 10 had launched, and hit just before the Q10 arrived in America.

We've been covering conferences for years. It's always a challenge to sort out just what gear to bring to a show. Extra cables, power cords, cameras and especially what device to use. We're BlackBerry addicts and keep bigger stash of devices than the average consumer, so there's always a choice as to what device to use at a conference. Heading into BlackBerry Live last year the obvious...

After BlackBerry World finished last year, I wrote a post titled 5 Important Observations from BlackBerry World 2012.  With the event now renamed to BlackBerry Live, and BlackBerry 10 phones now on the market and in our hands, I'm doubling it up this year to ten important observations.  There's a lot to cover here, so let's dive right into it. And note, these observations are not listed...

What We Didn't Get at BlackBerry Live: BB10 for the PlayBook

With BlackBerry Live 2013 now over, it's time to look back at some of the things the CrackBerry Community was hoping for and did not get

Day two at BlackBerry Live 2013 was ripe with exclusive sessions for the Elite guys and as well as the session with Frank Boulben, BlackBerry Elite members got a chance to sit down with the product design team and learn about the ideas and inspiration for building the BlackBerry 10 platform and devices. Todd Wood, Industrial Design and Don Lindsay, User Experience gave us a look at how...

If you didn't have a chance to check out all of our coverage from BlackBerry Live 2013 in Orlando - not to worry. There was certainly a lot to keep track of including the BlackBerry Q5, BBM Channels, cross-platform BBM and all of our CrackBerry Live shows. If you happened to miss any of the news or just haven't had the time to watch all of our live coverage, we've rounded up the best of...

On day two of BlackBerry Live 2013, I had the privilege of sitting in an exclusive session with Frank Boulben who talked about the BlackBerry 10 marketing strategy, Keep Moving campaign and Formula One. He went through some of the changes he had done to their marketing since joining BlackBerry last year. There was also a chance for the session attendees to ask questions at the end....

This year at BlackBerry Live 2013, BlackBerry Jam Americas was also held at the same time. If you were not able to make to it the event, or indeed you did and would like to look back over some session, you'll be happy know most session are now available on demand. If you go on over to the BlackBerry Live Sessions website and click into a session. There should be an option on the top...

One of the first things we spotted when checking out the BlackBerry Live 2013 showcase were a handful of Q10 cases from Incipio. All of the same families and colors are supported for the Q10 as the Z10, including the light Feather and Feather Shine hard case, the Frequency soft shell, and the hybrid Dual Pro case. They're all sporting a variety of bold, solid colors  Incipio's Q10 cases...

We noticed the harmon.ie announcement at BlackBerry Live 2013 for Office 365 and SharePoint coming to BB10, so we met up with the co-founder and CEO Yaacov Cohen to get a closer look. Harmon.ie sits on BES 10.1, allowing its users to access all sorts of day-to-day Office 365 information securely, as well as tapping into the SharePoint cloud collaboration service. Harmon.ie also supports...

At BlackBerry Live 2013, the Mippin guys were talking up a potential enterprise application generator to follow up on their media-centered product that has already brought some 20,000 apps to BlackBerry World. They're still in talks with BlackBerry about getting this project going, but it would be built on top of BES, so employees could access corporate information that's behind the...

Behind the scenes of CrackBerry Live!

When BlackBerry announced they were rebranding BlackBerry World to BlackBerry Live for 2013, we just knew we had to kick up our coverage for the annual event to include a live component. Hence, the idea for CrackBerry Live was born. Doing live video content is a challenge on many fronts, but thanks to our friends at GeekBeat.TV, we pulled it off without a hiccup. Where we were lacking...

Chatting with the BlackBerry Achievement Award winners, we took some time to talk to Vinay Venugopal who is the Director of IT Strategy at ING DIRECT Canada. A winner in the category of Putting Customers First, ING makes it secure and easy for customers to conduct transactions using BlackBerry 10. The app allows for easy banking that includes "orange alerts" and even integrates with the...

The BlackBerry Achievement awards were announced during BlackBerry Live 2013 and we had a chance to chat with a few of the winners, one of which being DIRECTV. A winner in the category of Mobile Innovation of the Year, DIRECTV has deployed their app to the over 4,000 employees in the company. The app allows technicians to manage an entire service call and work order process from their...

The Rubik's cube is one of those timeless, classic toys that you don't expect one can mess around with much, but you may change your mind after seeing Magmic's treatment on BlackBerry 10. We talked with Phil Giroux from Magmic at BlackBerry Live 2013 about their upcoming adaptation which has the standard 3 x 3 x 3 puzzle mode we're all familiar with, but they've also tossed in a 4 x 4 x...