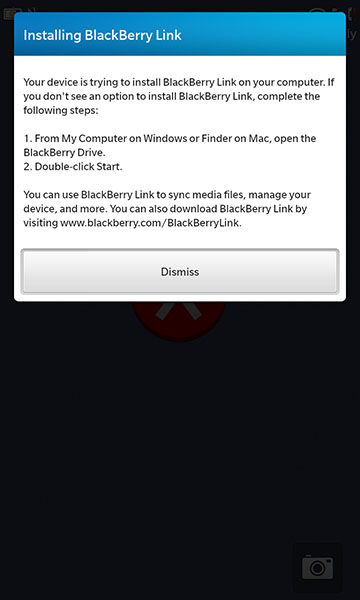 For a while now, we've been hearing about the BlackBerry Desktop Manager replacement that will be coming with BlackBerry 10 called BlackBerry Link. We've seen some shots of it here and there but now, the latest Dev Alpha update pushed out is showing signs of it as well. As you can see in the images, BlackBerry Link even tries to install when the Dev Alpha is connected to the computer. There is bits and pieces of info throughout the files such as:

It will go so far as to offer to install updated drivers and quit there. If you poke around a bit though, you can find the set up file needed and run it. However, BlackBerry Link won't fully download and install because the webpage for it isn't quite live yet or it's based off an internal RIM server. Either way, it adds just a little bit more confirmation to its eventual arrival.