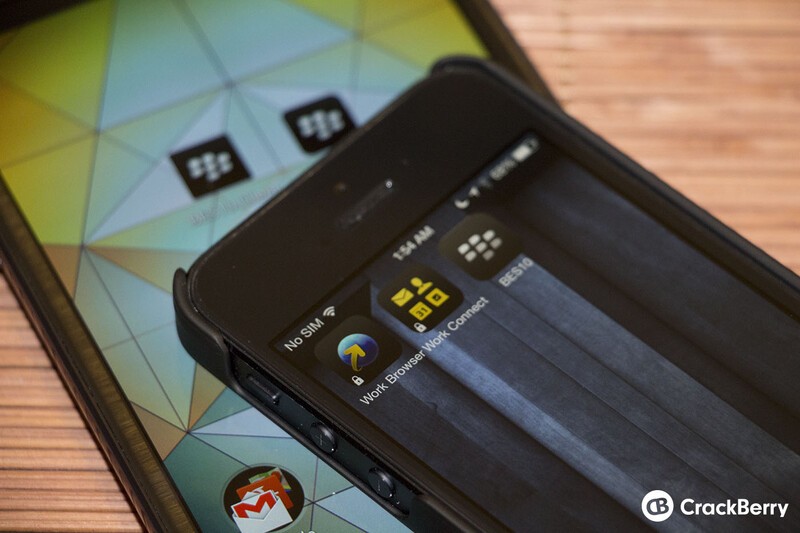 Back in February of this year, BlackBerry announced they would be introducing Secure Work Spaces for Android and iOS devices that were placed in BlackBerry Enterprise Service 10 environments. At the time of the announcement, no official date was set for release of the secure container system aside from setting the expectation of Q2 but with the apps now available in the Google Play Store as well as the Apple iTunes store, IT admins running BES 10 can now download the full suite of offerings.

When fully put into effect, Secure Work Spaces for BES 10 will allow IT admins to control such things as email, contacts, calendar, memos, documents and various other managed applications so that they are secured and separated from personal apps and data thus, allowing for both consumer and corporate aspects to run on any single device be it, Android or iOS. Rather than having multiple IT consoles to handle these operations, BlackBerry Enterprise Server 10 allows all devices, BlackBerry, Android or iOS to be controlled from within one management console. You can jump below for a demo video of it all in action.