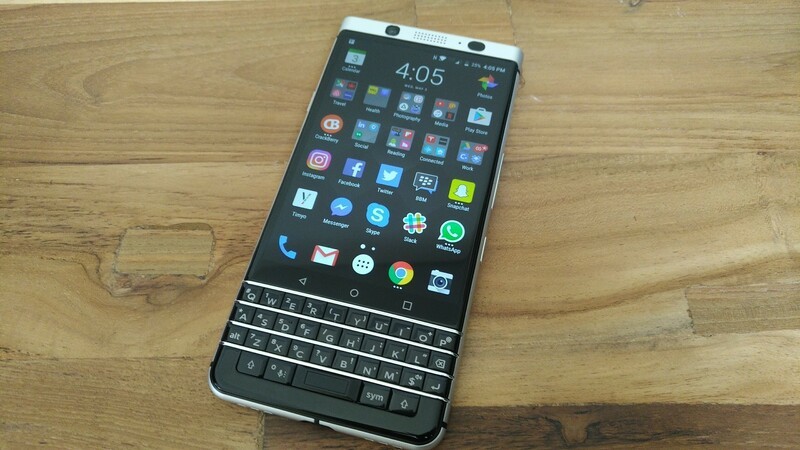 This article has been updated as of June 6, 2017 to reflect new additions to the list of reviews.

It's D-day — or more like B-day — and the BlackBerry KEYone reviews are in. We've seen the KEYone from every angle, some of you even got to play with it in person, but today is when we get to hear the real-world results from the experts. Of course, you've already checked out CrackBerry Kevin's full review (right?!) but we've also compiled a list of reviews from around the web. Each reviewer obviously has their own take on the KEYone, but some running themes, as expected, are the insane battery life and that awesome, capacitive physical keyboard.

By far my favorite aspect of the BlackBerry KEYone is the physical keyboard. There's no question about it: I love typing on the KEYone.
— ZDNet

We all know that when it comes down to it, you really have to use a device for yourself to get a good feel for it and to know if it's "the one" for you — the KEYone is no exception. While some of you have already made up your mind that this is the phone for you, others still are on the fence as to whether they'll be making the jump to the KEYone, or hopping on a different device in the near future. That's where the reviews some in. They aren't so much to convince you to buy a phone or not but to give you real accounts from real people who know what they're talking about and to help you better make an informed decision.

When considering all of this, you just need to look at what matters most to you in a phone. If you're looking for a device with a physical keyboard, this is obviously the way to go. No other device in 2017 will have a physical keyboard that is better than the KEYone (if at all) and that's all there is to it. We've seen other devices that have tried — including some past BlackBerry models — but this is the best you'll find. Yes, keyboards like this may not be for everyone — but for those that need or want one, here is your answer.

Everything here is BlackBerry, just kicked up a few notches. With the KEYone, you'll still get what you've always loved about BlackBerry — an amazing keyboard, solid build quality, great form factor and insane productivity. You'll also now get the latest Android software, access to millions of apps & games, ridiculous battery life and a whole lot more.

The thing that blew me away was its speed. This might be the fastest fingerprint sensor I've ever used on a phone.
— Mashable

The KEYone doesn't skimp on features beyond the physical keyboard either. It has an amazing camera — the best ever in a BlackBerry — a solid build on the outside with great specs on the inside, expandable storage, and USB-C quick charging. There's also a fingerprint sensor, but it's not where you'd think. Unlike some other devices that stick the sensor on the back of the phone, the KEYone actually has a sensor built into the spacebar on the physical keyboard — and it's blazing fast. A simple tap will unlock your device so there's no fumbling with using a pattern or passcode.

But don't just take our word for it. We've rounded up as many BlackBerry KEYone reviews as we could find so you can find them all in one spot. Set aside some time to read them over, then decide for yourself if that BlackBerry KEYone is the device for you.

Read all of the latest BlackBerry KEYone reviews