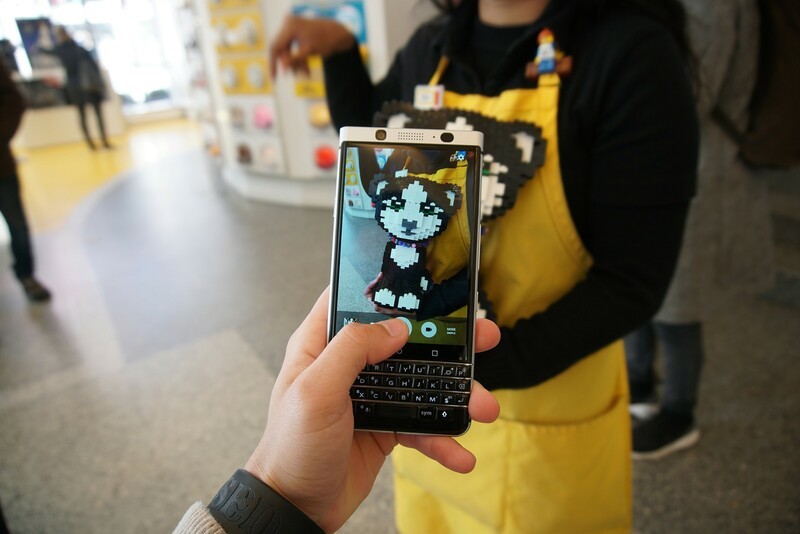 There are certain baseline skills and sensibilities that are needed to take great pictures, and we're hoping we can introduce some of those here. Alongside a familiarity with the camera software of the BlackBerry KEYone and its advantages, you'll soon be snapping some great shots for Instagram.

When you first launch the BlackBerry KEYone camera, you'll be able to pick the default interface. For absolute control, go with Pro mode. This can later be changed by tapping the Mode button within the app. In Pro mode, you'll have a full set of tabs for tweaking white balance, exposure, shutter speed, ISO, and focus.

Remember, when you're manually tweaking these settings, you'll generally want a fast shutter speed for moving subjects and keep ISO as low as possible to avoid noise. Other considerations such as exposure are entirely up to you; play around take some shots that you otherwise wouldn't get when shooting with automatic settings.

Use the volume key to shoot

By default, the volume key will fire the shutter for your picture. This can often be more comfortable than tapping the screen. The feedback of a physical button can provide better confidence when shooting. Alternatively, you can dig into the camera settings and change the volume key to instead alter zoom levels, or just stick to media volume control.

Use the rule of thirds

It's worth your while to turn on guidelines within the camera settings. This makes it easier to compose a photo around the rule of thirds. That is, your points of focus should typically be where the guidelines intersect, slightly off-center on both axes. Aligning other photo elements along the four lines is also a widely accepted practice for taking good photos. Give it a try the next time you're lining up a photo. You won't be disappointed.

Double-press the On/off key to quickly launch the camera

Capturing the moment can be tricky when subjects are moving quickly. By the time you've unlocked your phone and launched the camera app, the opportunity may have passed. Luckily, you can launch directly to the BlackBerry KEYone camera by pressing the On/off key on the left side twice in quick succession. This works from the lock screen or when you're in any app. If for whatever reason you want to disable this feature, it's under Gestures section of the Settings menu.

Though the rear camera on the BlackBerry KEYone has electronic image stabilization to compensate for day-to-day camera shake, for your best shots, you'll want to keep things steady. In a perfect scenario, this would involve a tripod and mount, but that's not always practical. Resting the phone on a flat surface is the easiest way to do this. If that's not possible, hold the phone with both hands and brace your elbows against your body.