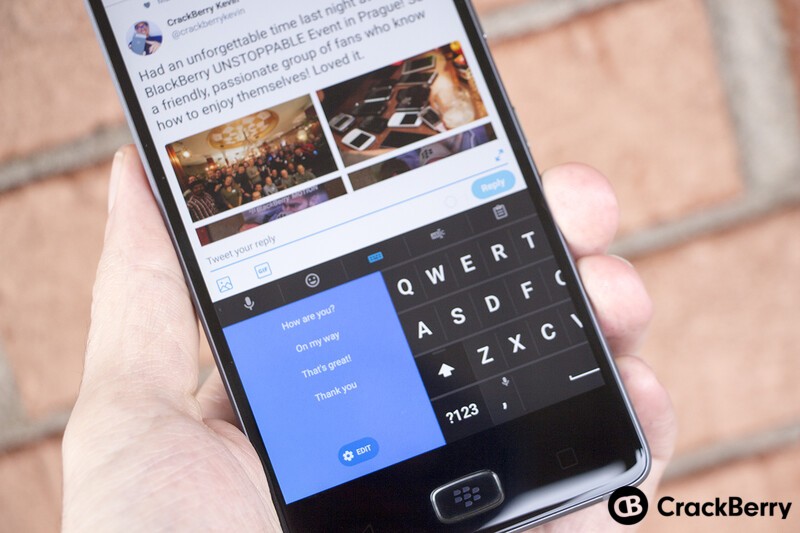 A new beta release for the BlackBerry Keyboard app has now arrived in Google Play and brings along with it a new beta feature BlackBerry is calling SlideBoard. In short, you can slide your finger left or right on the keyboard now, and it will bring up new panels which offer quick access to four user-customizable phrases or a number pad and widely used symbols.

Now introducing SlideBoard, which provides quick access to two complementary panels on both sides of current keyboard. It consists of a number pad with some widely used symbols and a quick phrases panel consisting of 4 user customizable phrases. These panels on both sides of keyboard can be accessed by horizontal slide actions, revealing a single panel at any time. The location of these panels can be toggled according to user preferences in the keyboard extensions settings.

Overall, it's a nice addition to the keyboard and something I never really thought of. There are a few quirks when using it, but it is a beta, after all, so we'll see if it improves over time. As some folks in the forums noticed, it also works on physical keyboard devices when you hit the SYM key, slides in on the virtual part on the screen. Are you in the beta? Have you used it yet? Let us know in the comments what you think if you've tried it!