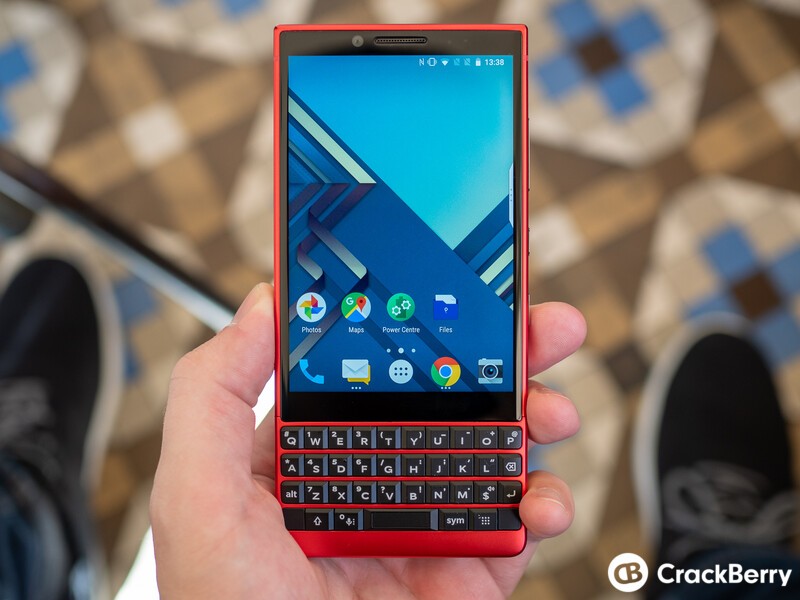 When the BlackBerry KEY2 was initially introduced, you had the choice of black or silver, but now, BlackBerry Mobile has added another splash of color to the mix by introducing the Red Edition. Alongside the deep red Series 7 Aluminum frame, the Red Edition BlackBerry KEY2 retains its black accents while internal storage sits at 128GB with pricing set at $749.

The Red Edition follows the release of the Atomic red BlackBerry KEY2 LE, but on the KEY2 Red Edition, the red is more bright and bold and stands out way more on the metal frame, due to how much of it is covered compared to the KEY2 LE. Couple that flashy color with the black accents on the front and the back, and you get a stunning looking package.

If you're picking up a Red Edition, be prepared to have people ask you what phone you're using. A BlackBerry keyboard already stands out on its own, but here, the keyboard is highlighted even more so. Plus, to go along with your Red Edition, BlackBerry Mobile will be including exclusive red headphones that match as well as new dedicated Red Edition packaging. It's a nice touch!

Whether you already have a KEY2 in either black or silver and just want to add another color to the mix or have been holding out for more KEY2 color options, the Red Edition is certainly a welcomed addition to the KEY2 series.

The BlackBerry KEY2 Red Edition will be available in select markets across North America, Europe, Middle East, and Asia. It's available for pre-order right away in Europe with shipments starting March 8th, and will hit other regions soon.