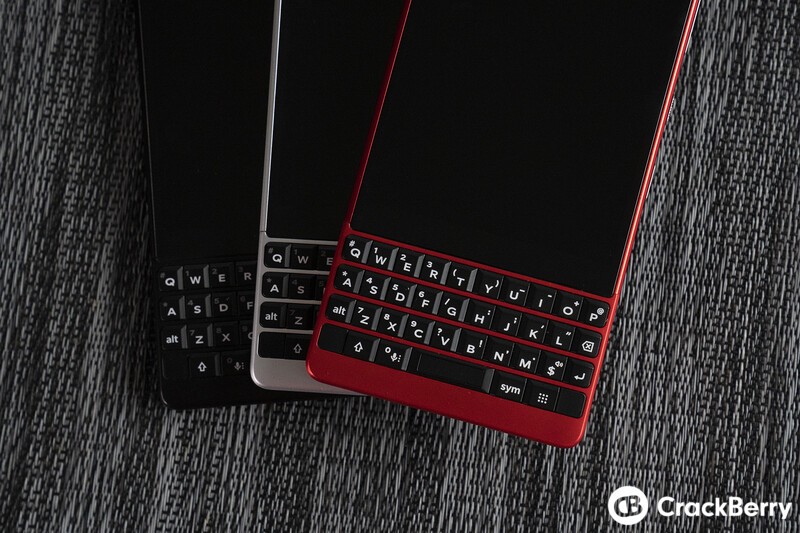 It has now been a little over a year since the BlackBerry KEY2 was released. At the time of its release, we noted in our review that it brought updated internals for better performance, enhancements to the camera, and a more comfortable keyboard over the KEYone it was replacing, but that was over a year ago. How has the BlackBerry KEY2 held up since then?

BlackBerry KEY2 The things that are still great

Like any smartphone that hits the market, the initial impressions and reviews never really tell the full story. Only under long-term extended use do you get a feel for how well a device is put together and when it comes to the BlackBerry KEY2, I think it's fair to say most things work as good as they did from day one, though, there have been some changes that stand out.

Unlike the BlackBerry KEYone, which over time seemed to slow down a bit, the Snapdragon 660 processor with 6GB of RAM standard in the BlackBerry KEY2 has managed to keep things running smoothly across the board.

BlackBerry Mobile nailed the hardware side of the keyboard here.

Naturally, being a BlackBerry, the keyboard has remained one of the highlights as well. In our initial review, we noted that the KEY2 keyboard was one of the best BlackBerry keyboards ever built and that remains true. Between the increased key size and spacing over the KEYone and the addition of the Speed Key, BlackBerry Mobile nailed the hardware side of the keyboard here. On top of the comfortable typing experience offered, the keyboard has proven itself durable as well. After banging out a ton of emails, tweets and filling out plenty of Instagram captions, all while making use of the fantastic shortcuts and Speed Key, the KEY2 keyboard hardly shows any signs of wear, despite heavy use.

One thing that did improve over time on the BlackBerry KEY2 is the camera. Initially, out of the box, the BlackBerry KEY2 was entirely capable of snapping some great shots, but low-light captures did tend to be a little muddier and grainer than they should have been. After the updates, low-light shots improved a bit and while the BlackBerry KEY2 camera still won't be taking on some of the flagships out there in the photo department, it holds its own nicely.

Even a year later, it's not hard to make the BlackBerry KEY2 battery stretch into that 2-day mark.

Outstanding battery life has always been at the top of the list of requirements for BlackBerry fans, and in that regard, the BlackBerry KEY2 does stand out. Even a year later, it's not hard to make the BlackBerry KEY2 battery stretch into that 2-day mark. After all, if your primary communication device doesn't have the juice to let you communicate, it's not really of much use.

BlackBerry KEY2 What hasn't held up so well

Now, for all that is great about the BlackBerry KEY2 one year later, there are also a few things that are not so great. Stuff that seems to pop-up over time that perhaps, not everyone experiences, but for those that do, they are problematic. The KEY2 has a few of those things. It will probably come as no surprise to anyone reading this that most of the things that have not held up so well are largely related to software, some of which is addressable.

Starting first with the fact the BlackBerry KEY2 is still running Android 8.1 Oreo. Granted, the majority of KEY2 variants out there are running the latest Android Security update but still, it was noted at release that the BlackBerry KEY2 would be getting Android Pie at some point and that has yet not been delivered nor has any announcement been made of when owners might expect to see it made available, even though Google is right now putting the finishing touches on Android 10. That said, IFA 2019 is around the corner, maybe we'll hear more then.

The second issue comes by way of the BlackBerry Keyboard software. Over the past few months, BlackBerry has updated the keyboard software several times now. In some cases, it brought improvements and in other instances, well, it removed features in an effort to fix a bug in the keyboard that some folks experience where the physical keyboard randomly activates pointer and cursor mode. Despite best efforts, it seems that one bug may never be fully addressed to everyone's satisfaction. Additionally, some of the core changes have also played with how well word prediction and correction work and depending on who you ask, not for the better.

The final issue has to do with the BlackBerry Hub. BlackBerry has done a lot to expand the BlackBerry Hub since the launch of the KEY2 including a complete design refresh, which extended to the whole Hub+ Suite. They also added new features such as the ability to add any app you want to the Hub for notifications but they couldn't fully escape Android policy changes made by Google, which affected how SMS messages and call logs are handled by the Hub.

Now, you can no longer see sent and received SMS messages in the Hub, instead, you're left with only being able to view received SMS messages. To view your sent SMS messages, you have to open your SMS messaging app. For call logs, incoming, outgoing, missed calls still appear fine with new permissions being enabled on the Hub. Sure, it's a small thing, and BlackBerry had no control over it and the changes affected many Android apps, but it still disrupted the way the Hub works and took a little bit of the magic away from the app.

BlackBerry KEY2 Should you still consider buying it?

Absolutely! If you're in the market for a BlackBerry smartphone, the KEY2 should be on your list alongside the BlackBerry KEY2 LE. Despite not carrying the higher-end specs of some flagships, the KEY2 has proven to be a great all-around workhorse entirely capable of helping you get through your days. It's not just us who are happy with the KEY2 in the longterm either.

In saying that though, it does bring up another issue and that's the fact that the BlackBerry KEY2 has become increasingly harder to find for purchase. In Canada, it's still widely available through carriers but naturally, not everyone lives in Canada and not everyone wants to purchase their device from a carrier.

In the U.S., unlocked variants can still be found on Amazon, but the stock levels are not exactly consistent and you really have to keep your eyes peeled for when they become available. Folks living in the EU can turn to the BlackBerry Mobile EU shop. You can check out our full where to buy list right here.

Let's hear from you

If you've been using a BlackBerry KEY2, how has it been holding up for you? Are you going to keep it for a while longer or are you ready for the BlackBerry KEY3 to be announced? Let us know in the comments below!