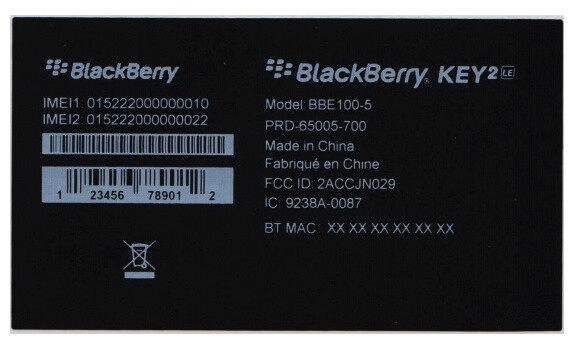 Several variants of the BlackBerry KEY2 'Lite' have now made way their way through the FCC, but one standout item on the BBE100-5 is the CU Sticker which gives away what the device will be called when it is officially launched. According to the documents, the official go-to-market name is BlackBerry KEY2 LE.

Doesn't exactly roll off the tongue, but I guess it's fitting since it's likely short for Lite Edition and keeps the KEY2 branding going. With all of the FCC documents in place, it seems we won't have to wait much longer to learn the full details about the BlackBerry KEY2 LE. Earlier rumors have suggested an August launch timeframe.