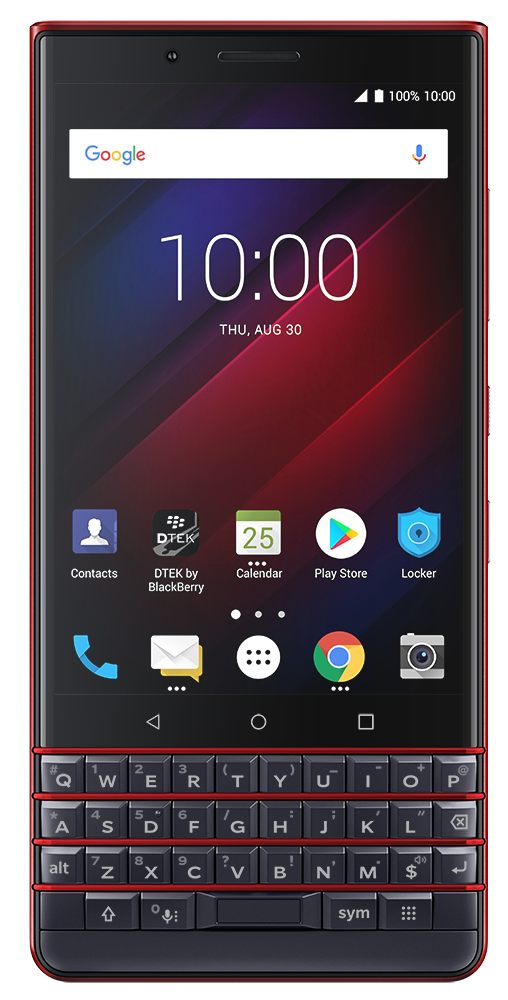 The KEY2 LE was officially announced at IFA Berlin on August 30 and features Android 8.1 out of the box, and is powered by a Snapdragon 636 processor and while maintaining the 4.5-inch 1080 x 1620 LCD display from the KEY2. In the camera department, the KEY2 LE is noted to have a dual-camera setup (13MP + 5MP) and have a 3000mAh battery as well as 4GB of RAM.

Additionally, the KEY2 LE is available in three vibrant color variants - Atomic, Slate, and Champagne and comes in 32GB and 64GB storage options with Dual-SIM availability in certain markets.

If you were surprised in October to see an update for the BlackBerry KEY2, you'll want to go ahead and check for updates once again.

Best Buy has kicked off their early Black Friday deals, and for BlackBerry fans, that means they've reduced the price of the BlackBerry KEY2 LE a little bit more than usual.

Is that really it? What about Sony, Asus, etc

Where to buy the BlackBerry KEY2 LE

If you're looking to pick up a KEY2 LE of your own in your area, be sure to check this list often as we'll be updating it frequently with new retailers, and carriers as they get announced!

Atomic BlackBerry KEY2 LE back in stock at Best Buy

Question is it working on LTE for voice, or just the few 2G/3G bands they have still up? They have been phasing out 3G since the office shutdown date, T-Mobile doesn't really care how good or bad...

Rogers has now begun sending out their June Android security update for the BlackBerry KEY2 and KEY2 LE.

Does my Key2 LE have touch unlock?

Verizon Enterprise and Small Business customers can now order the Dual-SIM KEY2 LE with 4GB of RAM and 64GB of storage in the Slate color variant.

BlackBerry Mobile has now officially launched both devices in the Czech Republic across a wide array of retailers.

AFAIK, only BB can provide a newer Android 9 or 10 based OS for this. There is no indication that they plan to do this.

BlackBerry KEY2 and KEY2 LE now available in the Philippines

Three ways your BlackBerry can help you travel better

Whether you're a business traveler or a frequent vacationer, your BlackBerry can make your trips a whole lot less painful across the board. Here's how!

BlackBerry smartphones have always stood out for their design and now two of the latest devices, the BlackBerry KEY2 and BlackBerry KEY2 LE, have been recognized and awarded 2019 iF Design Awards.

Can't add my gmail to Hub on new key2

Just got a new Key 2 LE and transferred my stuff from the old Key1. When I try to add my gmail to the BB Hub it says "Access blocked: Authorization error" Then says "this app doesn't comply with...