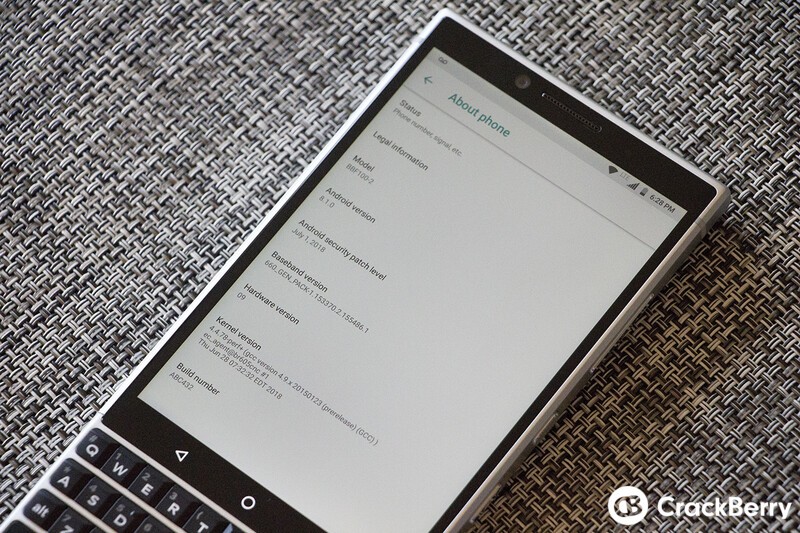 Depending on where you purchased your BlackBerry KEY2, you might already have the July security update, but if you don't, build ABC432 has now started rolling out to more regions.

Aside from Google's July Security update being included, those already on the build have spotted a few other improvements.

There might be more found within the update as well, but there's no official changelog to go off of here so let us know in the comments or in the CrackBerry Forums if you happen to spot anything else that has been improved.

Keep in mind, some folks might have a higher build number already installed (SaskTel is already on ABD374), but the updates are largely the same across the board thus far with only minor carrier changes being the differentiators.