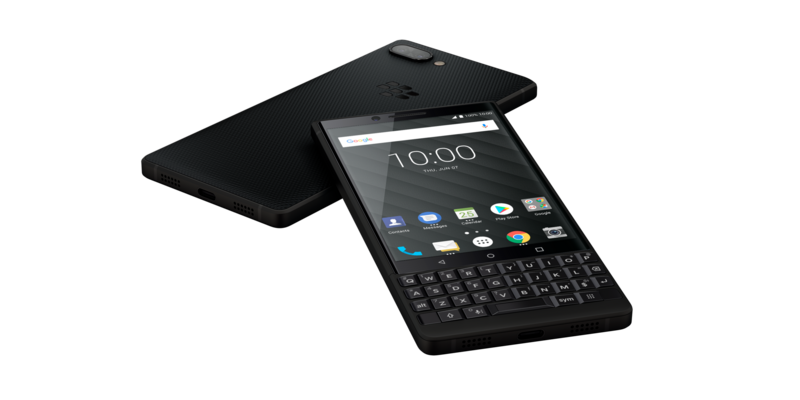 During the launch of the BlackBerry KEY2, BlackBerry Mobile noted Canadians would be able to get their hands on the latest BlackBerry smartphone soon and now, we have the exact release dates and pricing. The break down starts with Rogers having a pre-sale for both consumer and business customers starting on June 21, other retailers will have it available starting July 6.

BlackBerry KEY2 in black is available starting July 6 at:

If you're not feeling the black variant being offered by the carriers, the BlackBerry KEY2 carrier unlocked and in silver will be available from Amazon, Best Buy, Staples, Blueshop, Walmart and Visions in July starting at $829.99 CAD. Naturally, we'll keep you updated as the links for each goes live and add them to our 'Where to buy the BlackBerry KEY2' list. In the meantime, though, let us know if you're picking up a KEY2!

TORONTO – JUNE 20, 2018 – The newest and most-advanced BlackBerry smartphone yet is coming to Canada on July 6 with the launch of BlackBerry KEY2 available at Bell, Rogers, SaskTel and at select TELUS locations, and will also be available carrier unlocked later in July at select online retailers. Featuring an iconic BlackBerry physical keyboard and loaded with BlackBerry Limited's best security and privacy enhancements, this all-new BlackBerry smartphone packs a number of features that are firsts for any BlackBerry smartphone. Running the latest Android 8.1 Oreo operating system, the BlackBerry KEY2 is the first-ever BlackBerry smartphone to feature a dual rear camera. It also includes the introduction of Speed Key, a universal shortcut key that now makes it possible to instantly access the apps, contacts, and functions you use most from anywhere on your device at any time.

BlackBerry KEY2 in Black is available starting July 6 at:

The BlackBerry KEY2 in Silver will be available carrier unlocked at Amazon.ca, BestBuy.ca, Walmart.ca, Staples.ca, Blueshop.ca and Visions.ca in July starting at $829.99 CAD outright.

Rogers will begin offering pre-sale of BlackBerry KEY2 for both consumer and business customers starting on June 21. For more information visit a Rogers retail store or Rogers.com.

You can read more about the BlackBerry KEY2 here: https://blackberrymobile.com/blackberry-key2-an-icon-reborn/.

"Although there are many different smartphones for consumers to choose from today, most tend to offer very similar experiences without much distinction from one to the next," said Alain Lejeune, Senior Vice President, TCL Communication & President, BlackBerry Mobile. "With the introduction of BlackBerry KEY2, we've created a distinct smartphone that captures all the traits that have made BlackBerry smartphones iconic, while introducing new innovations and experiences that not only make this one of the best devices for security and privacy, but also the most advanced BlackBerry smartphone ever."

"BlackBerry phones are the world's most secure Android smartphones. We design them for security from the inside out, and we're proud to partner with TCL Communication on the launch of their all-new BlackBerry KEY2," said Alex Thurber, SVP and GM of Mobility Solutions at BlackBerry. "BlackBerry has been iterating and perfecting our approach to mobile security for decades, and we're excited to have this new genuine, modern BlackBerry smartphone available for our fans around the world to enjoy."