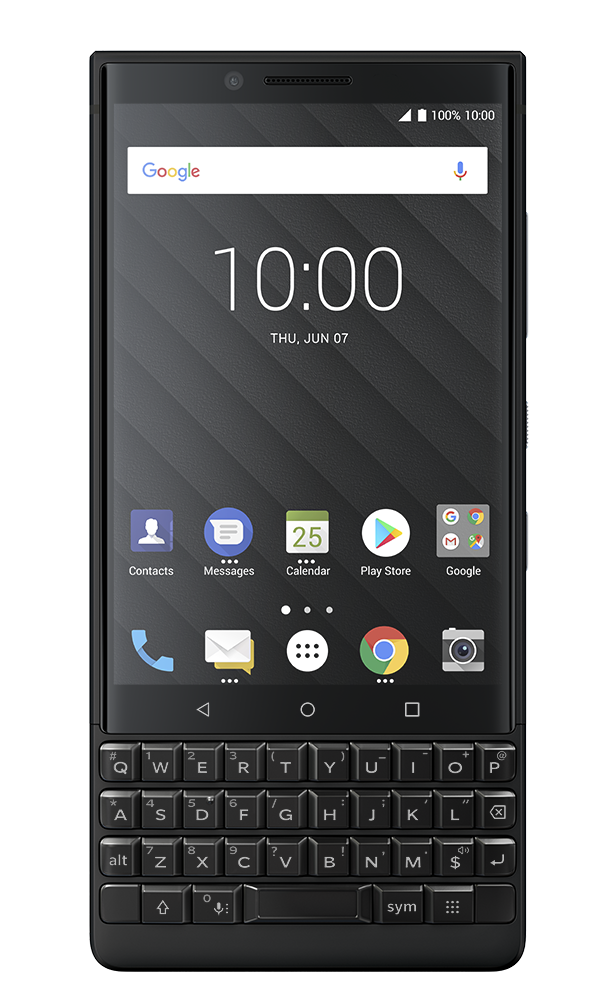 Following many months of rumors and speculation, BlackBerry Mobile officially announced the BlackBerry KEY2 at an event in New York on June 7, 2018.

Being introduced as 'the most advanced BlackBerry smartphone ever,' the KEY2 is packed with new features and improvements while retaining everything fans love about the BlackBerry experience.

Coming loaded with Android 8.1 Oreo operating system, the BlackBerry KEY2 is the first-ever BlackBerry smartphone to feature a dual-rear camera. It also includes the introduction of Speed Key, that allows you to instantly access the apps, contacts, and functions you use most from anywhere on your device at any time.

Internally, the BlackBerry KEY2 makes use of a Snapdragon 660 processor, 6GB of RAM and comes in 64GB or 128GB storage options. Offering up to two days battery life, KEY2 is powered by a 3500mAh power, features Qualcomm Quick Charge 3.0 support and a new Smart Battery Experience that will learn from your daily charging habits and recommend when to charge up.

If you were surprised in October to see an update for the BlackBerry KEY2, you'll want to go ahead and check for updates once again.

If you haven't already got it downloaded and installed, go ahead and check for updates, and it just might be waiting for you.

Coming in at around 70MB, the update is noted to be build ACI448 and contains all the December Android security patches.

For a limited time!

Save $150 on the BlackBerry KEY2 from GoTalk

For a limited time, GoTalk has knocked $150 off the regular price of the KEY2 in Silver or Black when you use coupon code KEY2XMAS at checkout.

I am currently using Microsoft Outlook which is being "hosted" via GoDaddy... Any Thoughts?

Snatch the unlocked BlackBerry KEY2 from GoTalk at a $100 discount

Save $100 on the unlocked BlackBerry KEY2 in Black or Silver when you use coupon code KEY2DEC at checkout.

Although Rogers missed their scheduled update on November 27, the November security update for the BlackBerry KEY2 has begun rolling out over the air for several variants.

Save $150 on the BlackBerry KEY2 from GoTalk during Cyber Monday

Simply use coupon code BFKEY2 at checkout, you will save $150 on the KEY2.

According to the Rogers software update schedule, both devices are scheduled to be updated starting November 27.

Whether you're looking for a BlackBerry KEY2 in black, silver, or red, the BlackBerry Mobile EU store has it available right now!

As with most security updates, the download on this one is small coming in at around 66MB.

Thanks for the answers. Would taking a working screen from a dead Key2 pose any problems?

The BlackBerry KEY2's dual camera can take some pretty decent photos, and the default camera app gives you a great deal of control over how they look. But it's also not the only option available to you. Let's go over a few other possibilities!

According to their updated site, both are in stock right now and ready to ship to you starting today!

Why does my device say there is no SIM card?

Sorry for my delay in responding. I rebooted, and the icon has gone away. I should have just done this first.