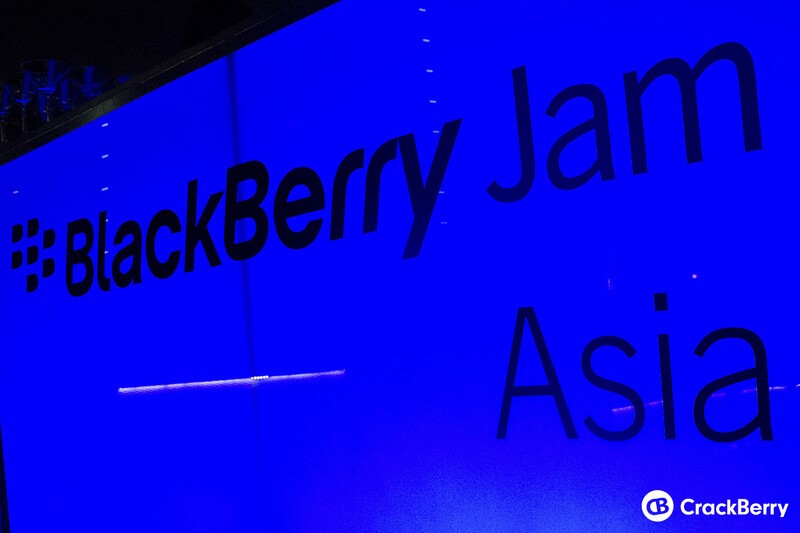 BlackBerry Jam Asia 2013 kicks off next week, and I’ll be heading down for the second year in a row. This go-around we’re in Hong Kong rather than Bangkok, and there are a lot of potential announcements to be made. However, before that happens, there’s this mysterious event on the 18th. in Malaysia - what might they announce there, but not at BlackBerry Jam Asia?

Before we start guessing about timing, let’s take a look at the stuff we’re expecting. First, there’s OS 10.2. We have a list of features over here, but some of the big ones include an updated Android runtime, actionable toast notifications that pop up at the top of the screen, a new priority section in the Hub, Miracast Wi-Fi media streaming, headless (i.e. background) apps, and more. 10.2 been in the works for awhile now, and developers have been testing for it since BlackBerry Live. BlackBerry Jam Asia would be a great time to launch the OS and get end-users excited about all these new features.

Then there’s BBM for Android and iOS. Again, this is something that was announced back at BlackBerry Live, and seeing as Apple’s sitting on approval for that one, it should be ready to launch sooner than later. The only caveats are that we won’t have stuff like screen sharing, video chat, or Channels, but who knows? Maybe we’ll see those features in a beta form at the show.

The biggest upcoming announcement from BlackBerry is the Z30. This cousin of the Z10 promises a bigger screen, wireless charging, and a few other bumps in specs that are still the subject of debate. Maybe there will be a faster processor, but odds are the screen resolution will match the Z10.

Of these three things, what will be announced this week, and what will be announced next week? Well, considering there’s going to be a simultaneous event happening in India alongside the Malaysian one, I’m thinking BBM for Android and iOS is likely to drop this week. Cross-platform BlackBerry Messenger has been getting significant marketing put behind it, but one would think the Z30 would merit just as much attention, no? Rumors suggest the Z30 will still be making its debut this week, in any case. Though BlackBerry could double up and announce both Z30 and Android/iOS BBM at both events, Malaysia and India aren’t exactly the Z30’s target market, assuming a premium price point; the Q5 is much more affordable for the folks in those regions, which makes me think the Z30 would be a tough sell.

Would the Z30 make its debut at BlackBerry Jam Asia? Even if it’s outside of the price range for many Asians, international media will be in attendance at the show, and BlackBerry will be able to set up a nice, big stage for the announcement. If the Z30 does get announced at BlackBerry Jam Asia, the public release of 10.2 would go hand-in-hand with the hardware announcement. It would certainly be splashier to unveil the Z30 in dedicated, consumer-centric events in Malaysia and India rather than a developer conference, though. Plus, it would mean we could go into Jam Asia knowing that we'll get some Z30 time.

We can take a peek at the 56 sessions at BlackBerry Jam Asia to see if we can glean anything exciting that might not fall under these three expected announcements, but nothing is really leaping out. There are a few Android sessions, plenty on new 10.2 APIs, and a smattering of enterprise-focused sessions.  Of course, new sessions may get tacked on just as the show starts in order to avoid the kind of spoilers we’re looking for.

That’s it for our BlackBerry Jam Asia preview, but the show kicks off late next week - be sure to keep an eye out for announcements, early looks at apps, and whatever other surprises BlackBerry has in store.