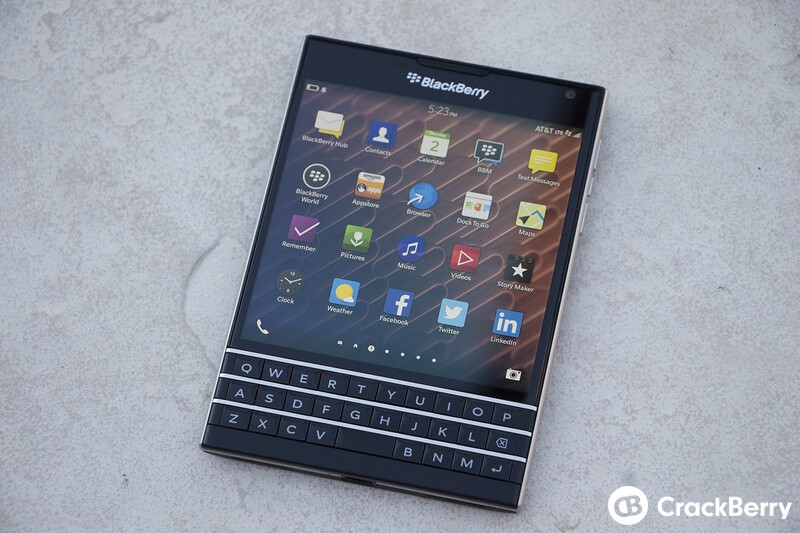 The BlackBerry Passport Trade-Up program runs from December 1, 2014 to February 13, 2015 and is available in North America only. Current qualifying iPhone models include the iPhone 4S, 5, 5C, 5S, and 6. For additional information on this program and to get an estimate of your current iPhone's value, go to tradeup.blackberry.com.

If you currently have an older iPhone kicking around (or even a newer one) and are not really feeling it, this is a good time to move into a BlackBerry Passport and experience something new and awesome!

Just in time for the holidays, BlackBerry will be offering limited time incentives, including:

The BlackBerry Passport Trade-Up program runs from December 1, 2014 to February 13, 2015 and is available in North America only. Current qualifying iPhone models include the iPhone 4S, 5, 5C, 5S, and 6. For additional information on this program and to get an estimate of your current iPhone's value, go to tradeup.blackberry.com.

With BlackBerry's new financing options from PayPal Credit, U.S. customers can now purchase unlocked devices and accessories without taking an immediate hit to their bank accounts or holiday funds. For any purchases over $200 USD, customers can purchase through PayPal and choose to pay off their balance in full by the payment due date that is on their statements, or pay in six installments over six months.(ii)

(i) Eligible customers will receive amounts back via a Visa(TM) Prepaid Card to be sent by mail following receipt of a qualifying Apple iPhone and a valid proof of purchase of a BlackBerry Passport. The promotional value is based upon the condition and model of the Apple iPhone traded in. New BlackBerry Passports must be purchased on or from ShopBlackBerry.com or purchased from, shipped from and sold by Amazon.com after December 1, 2014 to qualify for the BlackBerry Passport Trade-Up program. Additional terms, conditions and limitations apply. Program Terms can be viewed at tradeup.blackberry.com.

(ii) Customers who do not make all payments by the end of six months will be charged the accumulated interest from the date purchased to the date that payments have been completed. The interest rate is 19.99 percent. PayPal Credit cannot be used for pre-orders. For more details on this offer, go to: https://www.securecheckout.billmelater.com/paycapture-content/fetch?hash=8PU3236M&content=/bmlweb/np90drollingiw.html#faqsection

A global leader in mobile communications, BlackBerry(R) revolutionized the mobile industry when it was introduced in 1999. Today, BlackBerry aims to inspire the success of our millions of customers around the world by continuously pushing the boundaries of mobile experiences. Founded in 1984 and based in Waterloo, Ontario, BlackBerry operates offices in North America, Europe, Middle East and Africa, Asia Pacific and Latin America. The Company trades under the ticker symbols "BB" on the Toronto Stock Exchange and "BBRY" on the NASDAQ. For more information, visit https://www.blackberry.com/us/en.