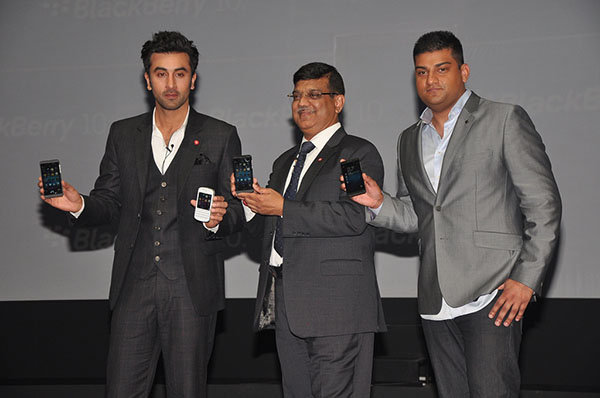 As we noted earlier, the celebrations are ongoing for the launch of BlackBerry Z10 in India. If you can't check out the webcast, BlackBerry has now issued a press release outlining the details of the launch. If you're just looking for the region specific highlights, we've got those:

If you prefer to read through the full press release, you can jump below where we've laid it all out for your viewing pleasure.

“Without a doubt the BlackBerry Z10 is among the most important and much awaited BlackBerry launches in the history of the Indian smartphone industry, and we are thrilled to launch the new BlackBerry Z10 smartphone with our carrier and retail partners across India. With BlackBerry 10, we have re-designed, re-engineered and re-invented BlackBerry to create a new and unique mobile computing experience, and we are uniquely positioned to change the way in which our customers view mobile technology. With BlackBerry 10, every feature, every gesture, and every detail is designed to keep you moving,” said Mr. Sunil Dutt, Managing Director for India at BlackBerry.

BlackBerry 10 is a robust and reliable platform that is smooth and responsive. It has a modern design and a gesture-based interface that is highly discoverable. It is designed to support, learn, and adapt to the way you work and share with features like:

The new BlackBerry 10 smartphone is elegant and distinctive, and the fastest, most advanced BlackBerry smartphone yet.It features a 1.5 GHz dual core processor with 2GB of RAM, 16GB of internal storage, and an expandable memory card slot that supports up to 64GB of additional storage. It includes the latest enhancements in high density pixel and screen technology to display clear, sharp, and incredibly vivid images. It features a microHDMI out port for presentations, and advanced sensors such NFC (near field communications) to support mobile payments and the exchange of information with a tap of the smartphone, and comes with a removable battery.

A global leader in wireless innovation, BlackBerry® revolutionized the mobile industry when it was introduced in 1999. Today, BlackBerry aims to inspire the success of our millions of customers around the world by continuously pushing the boundaries of mobile experiences. Founded in 1984 and based in Waterloo, Ontario, BlackBerry operates offices in North America, Europe, Asia Pacific and Latin America. BlackBerry is listed on the NASDAQ Stock Market (NASDAQ: BBRY) and the Toronto Stock Exchange (TSX: BB). For more information, visit www.blackberry.com.