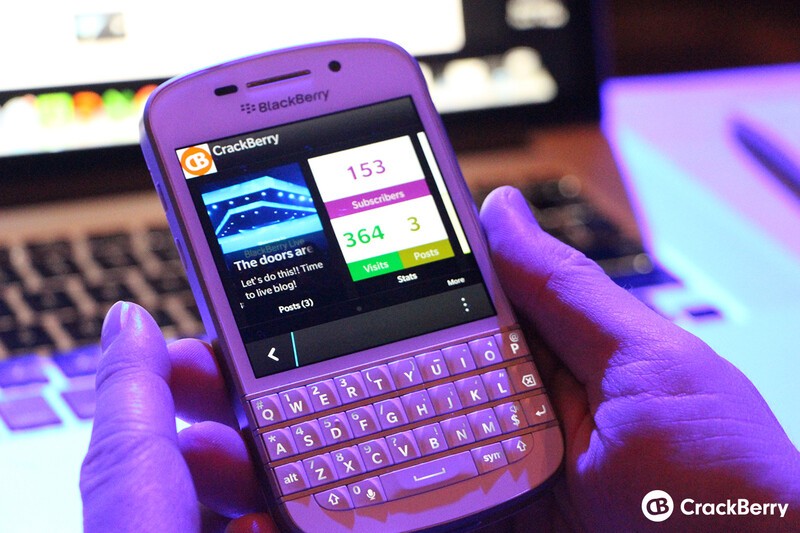 During BlackBerry Live 2013 today, BlackBerry has announced a new service within BBM dubbed BBM Channels. Building on to the already feature-packed BBM, BBM Channels gives users a new way to communicate and stay in touch with people, communities and brands through BBM.

BBM Channels allows users to create channels for themselves, a brand, business or community and extend their social networking through BBM. You have the ability to create and share posts that can be shared with all of your channel subscribers.

BBM Channels launches in beta today and select partners already have channels available. Updates will roll out every few weeks and BBM Channels will officially launch this summer.

WATERLOO, ONTARIO - (May 14, 2013) - For the times when you want to share experiences beyond your friends or engage the communities you care about, BlackBerry(R) is taking its globally popular mobile social network, BlackBerry(R) Messenger (BBM(TM)), up a notch with new functionality called BBM Channels. BlackBerry (NASDAQ:BBRY)(TSX:BB) today announced the beta launch of BBM Channels, a new social engagement platform within BBM that will allow people to connect with the businesses, brands, celebrities and groups they are passionate about.

"BBM is the best way to stay connected, and with today's announcement, we're again expanding the capabilities of the service to provide a deeper real-time engagement experience for people to connect with brands, business, and communities that matter most to them," said Andrew Bocking, Executive Vice President of Software Product Management and Ecosystem at BlackBerry. "With over 60 million highly engaged customers using BBM, content creators have a great opportunity to build deeper relationships, enhance their brands, and connect in new ways."

BBM Channels allows individuals and groups to create a dedicated channel and share information and updates with the immediacy that BBM offers. BBM customers around the world will be able to connect and share information, broadcast about themselves to their channel, or join their favorite communities and share their experiences of the channel with their BBM contacts.

Starting today, BBM customers can connect and share the MERCEDES AMG PETRONAS Formula One Team on their BBM Channels. BlackBerry is working with leading global brands around the world to help them build and promote exciting new BBM Channel offerings.

Today, BlackBerry also announced plans to bring BBM to iOS(R) and Android(TM) users this summer. BlackBerry expects that iOS and Android users will also be able to experience BBM Channels later this year, subject to approval by the Apple App Store and Google Play.

BBM with BBM Channels is now available in beta for BlackBerry(R) 10 smartphones, as well as BlackBerry smartphones running BlackBerry(R) 5 OS through 7.1. For BlackBerry OS customers(i), BBM Channels is part of the new BBM version 8, which also offers enhanced navigation tools, with tabbed viewing for quick and easy access to contacts, chats, groups, recent updates and BBM Channels. Furthermore, it allows the option to share your enhanced profile information with BBM contacts or within invitations. The beta releases can be downloaded for free on BlackBerry Beta Zone(ii). Customers can sign up to BlackBerry Beta Zone for free at www.BlackBerry.com/betazone. For more information about BBM, please visit www.blackberry.com/bbm.

(i) BBM requires a BlackBerry service plan on BlackBerry smartphones running BlackBerry OS. (ii)BlackBerry Beta Zone is not available in all markets.